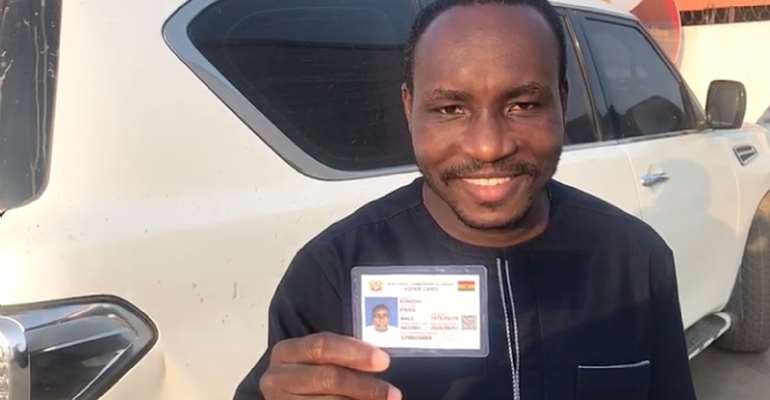 The ruling New Patriotic Party Parliamentary Candidate for Ellembele, Kwasi Bonzoh, has finally been given his voter ID card 12 days after the Electoral Commission (EC) seized the card due to a challenge to his registration.

The candidate, who is also the DCE for Ellembele, had his card handed to him after the agent who challenged him on 1st August at the Awiebo Junction D/A Primary School registration centre withdrew his challenge.

He added that this paved way for him to focus on his campaign to win the Ellembelle seat from Emmanuel Armah-Kofi Buah of the National Democratic Congress (NDC).

“Currently, I am a registered voter and it allows me to contest to win the 2020 elections in Ellemeblle on the ticket of the NPP,” he told Citi News.

Kwasi Bonzoh was challenged by Solomon Isaac, who is a National Democratic Congress (NDC) polling agent.

Mr. Isaac said Mr Armah-Kofi Buah, apologised over the incident and asked him to withdraw the challenge.

Mr. Bonzoh hails from the town and had said the challenge was instigated by the NDC.