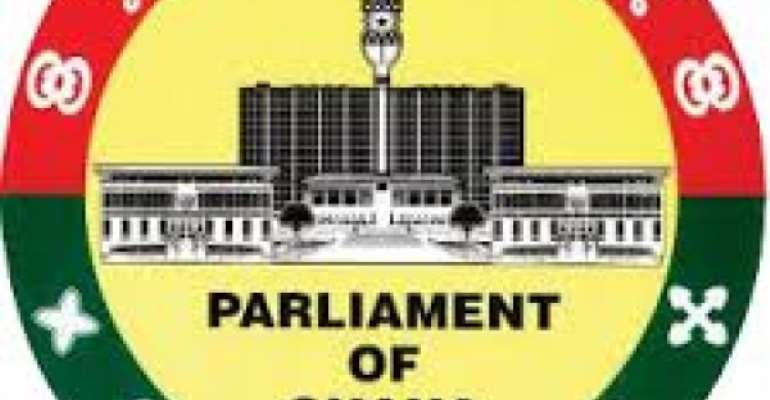 Parliament Wednesday approved a syndicated loan amount of US$1.3 billion to finance the purchase of cocoa for the 2020/2021 crop season by the Ghana Cocoa Board.

The amount represents a Trade Finance Facility between the Ghana Cocoa Board and a Consortium of Banks and Financial Institutions.

The House also approved the request for waiver of Stamp Duty amounting to US$6,500,000 on the Receivables-Backed Trade Finance Facility between the Ghana Cocoa Board and a Consortium of Banks and Financial Institutions to finance cocoa purchase for the 2020/2021 crop season.

Dr Mark Assibey-Yeboah, Chairman of the Finance Committee, presenting the Committee's Report, said the Trade Finance Facility was to enable COCOBOD raise funds to purchase cocoa beans from Licensed Buying Companies and to finance other operations of the Board for the 2020/2021 crop season.

He explained that the projected figure was based on the trend of cocoa production over the past years and good agronomic practices being adopted by COCOBOD.

Dr Assibey-Yeboah also informed Parliament that the facility amount would be drawdown in two instalments based on the operational needs of COCOBOD with the first and second drawdowns of US$650 million each on October and November 2020 to February 2021 respectively.

He said the operational areas for the disbursement of the 2020/2021 loan facility could be categorised into two areas of Farmers' Services Cost (FSC) and Share of Net Free on Board (FOB).

He said officials of COCOBOD informed the Committee that the determination of the producer price was within the mandate of the Producer Price Review Committee (PPRC), which when ready would be religiously implemented by the COCOBOD.

Mr Governs Kwame Agbodza, the Member of Parliament for Adaklu, who spoke from the Minority Side, urged the Government to pay critical attention to the cocoa sector, explaining that cocoa was the health of the country.

He argued that if the same effort applied to the oil sector was applied to cocoa, the country would be better off.

He queried COCOBOD's decision to borrow US$1.3 billion at a time when the levels of the country's cocoa production were declining and whether the nation would be able to pay back the loan.

“I think government need to do a lot to be able to match the production levels with the monies we are borrowing so that the approvals do not turn to be a burden on the country,” he added.