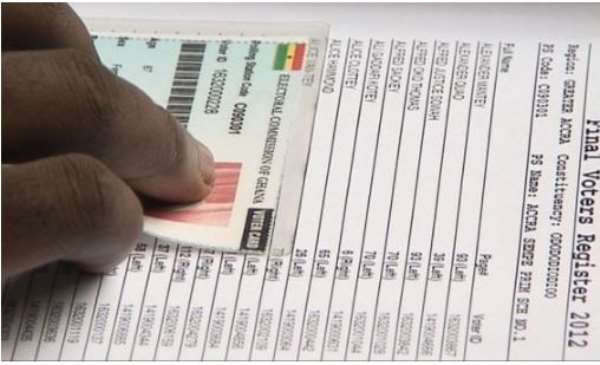 It is refreshing to note that, the NDC agent successfully proved his case before the DRRC which led to the committee unanimously rejecting the defence of the applicant and denying him the Voters ID card which makes him ineligible to vote in the impending elections for not being an ordinary resident of YAABEIM.

It was revealing as it was interesting listening to the applicant confessing that, cumulatively he has stayed in YAABEIM for less than 4months contrary to the position of the law to have stayed in an area for a total period of 12months.

Unfortunately, despite a signed notice of hearing by the Registration Officer [Shadrach Annancy Aidoo] which went viral and was published by some online portals with the NDC charging the EC to retrieve the Voter ID card of the MP, the EC in a whimsical and eccentric manner in response to the NDC petition explained that the officer in question rather withdrew the challenge, therefore, they couldn’t hear that matter and that we could exercise the right to still challenge the Registration of the MP during the exhibition.

Since the challenge of the Hon MP who doubles Gender Minister, there have been several failed attempts by the MP herself and her hirelings to create the impression that she was challenged for not being an indigene of Agona. This is most unfortunate and regrettable especially in the face of unimpeachable facts and evidence of the basis of the challenge.

We wish to state unequivocally that, the NDC as a Social Democratic Party that believes in the egalitarian treatment of each person irrespective of their ethnicity, religion, social status, educational, cultural or economic relations will never dabble in politics of ethnocentrism or any form of discrimination.

Indeed, we believe in inclusive democracy as compared to the politics of exclusivity practised by the NPP under President Akufo Addo which portends a present and future danger to our fledgeling democracy.

In conclusion, we are very satisfied with the works of the DRRC to deny the son of the Gender Minister the voters' ID card but more importantly, we assure our teeming supporters and those interested in the matter that we will still explore all options available to us including raising objections during the Voter Exhibition Exercise to retrieve the Voter ID of the Gender Minister as the decision of the DRRC further vindicates our long-held position that our MP isn’t ordinarily resident in Wawase.