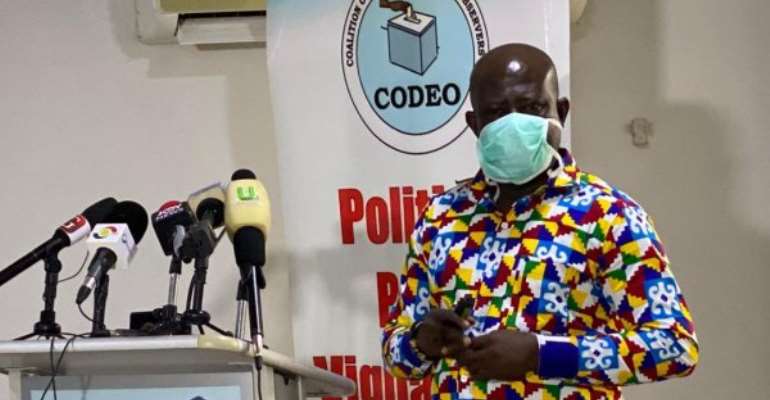 Osofo Kofi Atabuatsi, a Governing Board Member, the National Peace Council (NPC), has assured Ghanaians of peace in the country before, during and after the December 7 polls.

He said just as peace reigned in the country during the 2016 elections when many thought there would be civil strife, this year's elections would be similar, thus, called on the citizenry to entertain “no fears because Ghana will not be on fire.”

Osofo Atabuatsi, who gave the assurance at a day's advocacy workshop by the NPC on the eradication of political vigilantism at Keta, where he represented the Board Chairman, Rev Prof Emmanuel Asante, however, said the signs were not too good requiring that steps be taken to protect the country's peace.

“In 2016, several comments were signalling there would be chaos in the country but in the end, nothing like that happened. It took the NPC and other like-minded organisations to ensure peace. This year is looking even worse and we need all stakeholders on board especially the two main political parties to talk to their members to prevent all forms of violence.”

“Let's not sit on the fence thinking it will not get to us because when the bullet starts, no politician, no one will be spared. We must not remain quiet when there's violence in society,” the Governing Board member stressed.

Rev Seth Mawutor, the Chairman, Volta Regional Peace Council, called for honesty in Ghana's politics to build some level of trust between the National Democratic Congress and the New Patriotic Party, saying the existing distrust between them posed a danger for the country.

“Honesty is not in our politics. Too much deception and too much lies in our political system. If you exaggerate, it's a lie; if you don't tell the truth, it's a lie and politics is not about lying. Any nation built on lies is like using broken bricks to build. It will crash.”

The DANIDA-funded workshop which had representatives from political parties, local assemblies, Electoral Commission, National Commission for Civic Education and the security drawn from three constituencies of Ketu South, Keta and Anlo saw insightful presentations on the roadmap for the Eradication of Political Vigilantism in Ghana.

There were also presentations on Code of Conduct for Political Parties, The Vigilantism and Related Offences Act as well as other activities to enlighten participants to act as agents of change to eradicate vigilantism to safeguard societal peace.