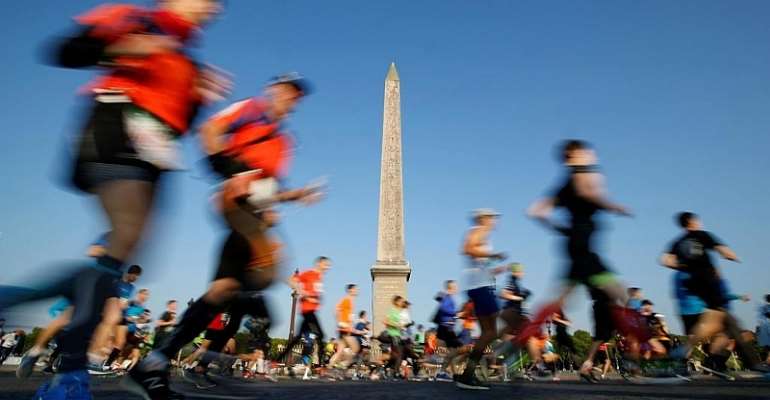 The 2020 Paris marathon was scrapped on Wednesday after organisers conceded it would be impossible to stage the event on 15 November while the world continues to struggle with the coronavirus pandemic.

The 42,195 km race, initially scheduled for 5 April, was pushed back to 18 October as the French government imposed a nationwide lockdown in an effort to stem the spread of the disease.

The November date then was then chosen to give organisers Amaury Sport Organisation (ASO) more time to reconfigure the course through the French capital.

The cancellation comes a day after the French government said it would extend its ban on gatherings of more than 5,000 people until at least 30 October.

"Faced with the difficulty that many runners, especially those coming from abroad, had in making themselves available for the 15th November, it was decided that it would be better and simpler for those concerned if we organised the Schneider Electric Marathon de Paris in 2021," organisers said in a statement released on social media.

The marathons in New York, Boston, Chicago and Berlin have also been cancelled this year while organisers of the event in London have announced that they will hold a race only for elite runners

In 2019 Paris marathon, nearly 50,000 people flowed or fumbled their way across Paris past renowned sites such as the Champs Elysées, Place de la Concorde and Place de la Bastille before finishing in central Paris.

“It's not a huge surprise,” said Pierre Rabadan, assistant sports officer at Paris town hall. "ASO did as much as it could to make the marathon happen.

"But with the number of infections rising over the past few weeks and the fact the race brings together so many people into close contact, it was the most sensible thing to do.”