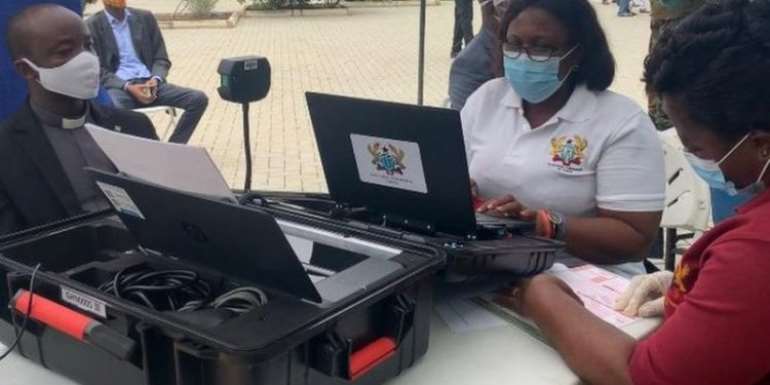 The Electoral Commission (EC) says the majority of Ghanaians who used the guarantor system to register for the new voters' ID card were in the Bono East, Bono and Ahafo regions.

The Chairperson of the Commission, Jean Mensa at a press conference in Accra on Wednesday said out of the about 16 million persons who registered for the card, 37.99% of them used guarantors to authenticate their Ghanaian identity.

“Out of the over 16 million persons who registered at the end of the exercised, 60.09% of citizens used the Ghana Card. 37.99% registered through the guarantor system and 1.92% registered with their passports,” she said.

The guarantor system is for persons who did not have other requirements, like the Ghana Card and the passport to be able to register for the new ID card.

According to Jean Mensa, 58.5% of those who registered in the Bono East Region used the guarantor system, the highest number across all regions.

The Bono East Region was followed by the Bono and Ahafo regions which had 57.7% each of its registered population doing so through the guarantor system.

Meanwhile, the Oti region had most of its registrants doing so with the Ghana card.

The EC boss revealed that about 79% of the registrants in that region used the Ghana card.