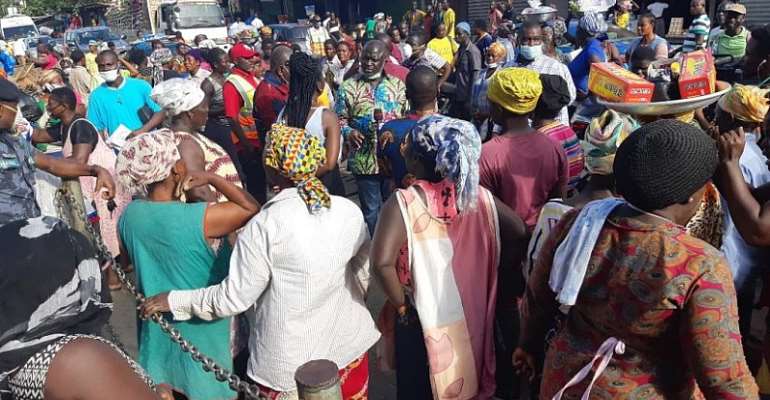 The United Nations definlition of the worlds’ youth is the age group between fifteen (15) and twenty-four (24) years old. Many of these young men and women live in developing countries with exceptionally outrageous numerical strength as compared to the developed nations.

The idea for International Youth Day was proposed in 1991 by young people who were gathered in Vienna, Austria, for the first session of the UN’s World Youth Forum. The forum recommended that an International Youth Day be declared, especially for fundraising and promotional purposes, to support the United Nations Youth Fund in partnership with youth organizations.

The United Nations’ (UN) International Youth Day is therefore celebrated on August 12 each year to recognize efforts of the world’s youth in enhancing global society. It also aims to promoting ways to engage them in becoming more actively involved in making positive contributions to their communities.

The day is usually characterised by many activities and events that take place across the length and breathe of the world to promoting the benefits that young people bring into the world. Many countries across the world actively partake in this global event including youth conferences on issues such as education and employment. Other activities include concerts promoting the world’s youth, as well as various sporting events, parades and mobile exhibitions that showcase young people’s achievements.

In our part of the world, Ghana, the youth are still bedeviled with enormous challenges despite the giant strides they make to contributing their quota to the nation's development. These include the lack of youth involvement in national decision making and policy formation, the age-old problem of youth unemployment which happens to be so debilitating and causing excruciating pains to the youth in the country. This is consequent on the youth involvement in myraid of social vices such as drugs abuse, stealing, robbery, fraud and many others.

The youth in Ghana are usually blame for failing to be proactive, the reason why they are unemployed. That has invariably been the opinion of our leaders. But come to think of it, our leaders are the very people who render the youth unemployed in Ghana. Why do I say so, we have leaders of this country contracting their favourite retired officers to work for some more months or years while very prolific and determined youth eagerly hoping to be recruited. This attitude must be discouraged by all well meaning Ghanaians. If we continue to encourage this behaviour, our country will remain underdeveloped because a time will come when we will only the aged, the unproductive, class of people in most of our offices on the premise of experience.

Youth are the intellectual wing of every developing country. They are the wheels on which the development of the country rides. They are the lubricant that oils the engine of the country. Ghana happens to be a country that pretends to be ignorant about the potentials of the youth hence deny them the opportunities to occupy some positions on the premise that they are too young. I always disagree with the school of thought that espoused that the youth are future leaders. Practically, we the youth are part of today's leadership and not only future leaders. We have a very young enterprising female parliamentarian who is now thirty two (32), Miss Joycelyn Tetteh, North Dayi NDC MP, a first time MP in Parliament, declared as the ninth (9th) best performing member of Parliament. The potency of the youth to salvage this country from the high level of corruption and corrupt officials is 100% possible if the constitution makes room for the youth to become presidents of this country.

The politicians, the directors and heads of the various professions and institutions do refer to the youth as being too young to occupy certain positions or holds certain ranks. This usually result in the deliberate and consistent failure of the youth in promotion interviews particularly in Ghana Education Service and other uniform services.

Some of the wicked politicians out of their personal parochial interest, wish to always have the youth around them to execute their selfish agenda so that they perpetually hold on to power. This is why we have lots of the youth in the various vigilante groups championing the course of these selfish political actors.

The fear of these characters who are clamouring for wealth for their generations yet to be born advertantly makes the youth hungry and powerless so that they continue to exploit them to execute their personal parochial agenda.

In conclusion, the youth of Ghana should be given the opportunity to contribute in decision making in this country. They must also be allowed to occupy certain sensitive positions in every government to bring to bare their God given latent talents to developing the country. Again, the youth must also rise up with a unanimous voice to fight for what is due them. Youth of Ghana should use this special day to educate and bring to light the many teaming youth who engage in social vices to halt those practices.