127 soldiers and civilians killed in South Sudan over disarmament dispute 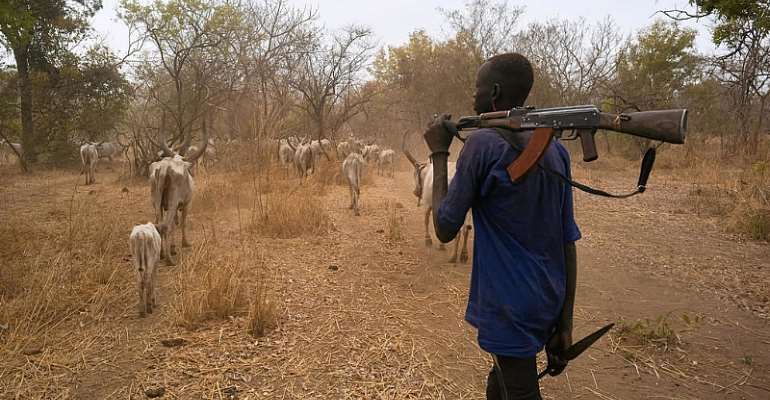 More than 120 people have been killed in South Sudan's Warrap State during a disarmament exercise gone awry, the country's army spokesperson said on Wednesday. Clashes between soldiers and armed civilians in Tonj town, some 430 kilometres north west of the capital Juba, were sparked by a disagreement over an operation to disarm civilians.

Fighting erupted on Saturday and left 127 people dead, according to Major General Lul Ruai Koang, as cited by the AFP news agency.

The UN had previously put the death toll at 70 people, with the local market in Romich reportedly looted during fighting and some shops burnt to the ground, according to Stéphane Dujarric, spokesperson for the UN secretary general.

Dujarric said women and children had fled in fear of their lives and the UN was sending a peacekeeping patrol to assess security.

The South Sudan People's Defence Force said 45 of those killed were members of the security forces and 82 were youth from the local area.

Military spokesperson Koang said the violence started when armed young people argued with soldiers. The initial confrontation was dealt with, he said, however the armed youths gathered to attack an army position.

Koang said two soldiers implicated in triggering the clashes had been arrested.

Local sources said the violence started when a soldier killed a young person in the market during a scuffle, according to the Sudan Tribune.

The youth had refused to hand over his weapon to the military who were conducting a disarmament exercise.

Following the killing, local people mounted an attack against the army, the Sudan Tribune reported.

South Sudan remains awash with weapons some six years after a civil war broke out. People in many communities see guns as essential for protecting themselves against looting or cattle raids, and do not have confidence in the protection afforded by the security forces.