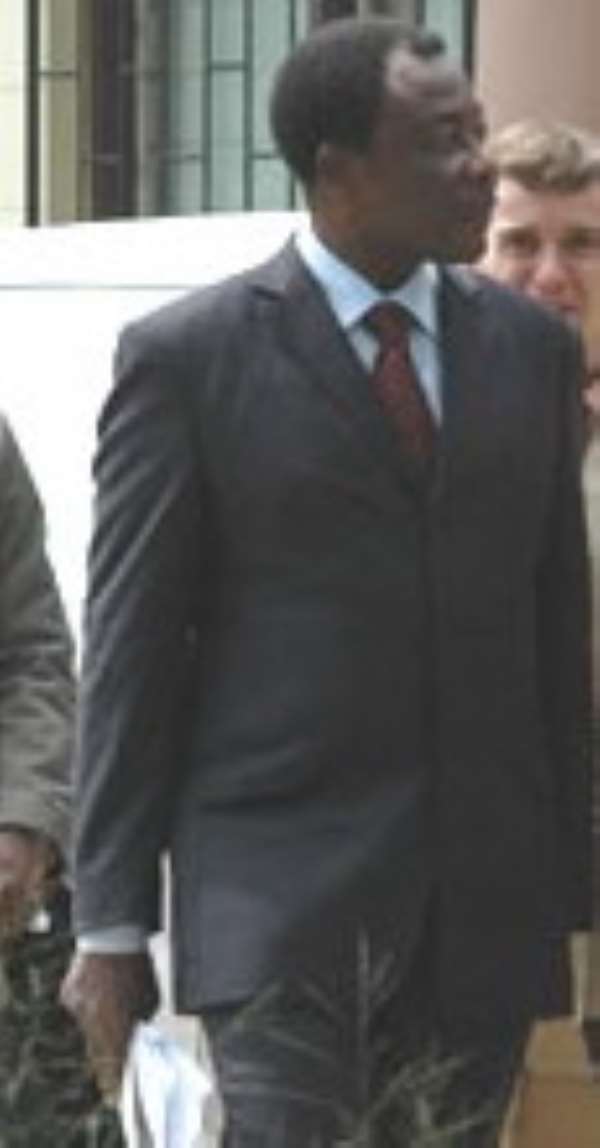 A national security policy, anchored on the robust defence of the national interest, is being advocated as one of the measures that the country can take to solve the problem of narcotic drug trafficking and other security threats.

The call for such a policy comes in the aftermath of statements made by the Minister of National Security, Mr Francis Kwaku Poku, during his testimony before the Justice Georgina Wood Committee on Tuesday that the trafficking of narcotics could destabilise the country's democratic institutions.

In an interview on the issue, the Vice-Chairperson of the Parliamentary Committee on Defence and Interior, Mr Joe Kingsley Hackman, said the call for a national security policy had been raised for sometime now, before the saga of alleged police complicity in narcotics trafficking and the loss of some quantities of cocaine in a police raid.

He said although the previous Parliament could not see to the institution of such a policy, he was aware that the Executive was currently making frantic efforts to draft such a policy for the Legislature to consider.

Mr Hackman was of the view that such a policy would help the government to budget, work out strategies and plan for the sector to reduce risks that could destabilise the countrys development efforts.

He, however, disagreed with the view that the lack of such a policy had given rise to the incidence of narcotic drug trafficking in the country.

The Co-ordinator of the Police Accountability Project of the Commonwealth Human Rights Initiative (CHRI), Mr Edmund Foley, was also of the view that a national security policy was long overdue for the country.

He proposed a policy that would be anchored on sound research and intelligence, training, accountability, as well as one that would introduce an interdependent approach among security agencies in the country in national security issues.

Explaining, Mr Foley said security was fundamental to all Ghanaians and without it no one could ply their trade or even exist.

He said it was necessary, therefore, for research desks to be established in all security agencies for statistics on crime, the types of crime in the country, the incidence of it and the areas that are crime prone in order to provide for better planning, strategising and allocation of resources.

Training, according to him, was also important for the security personnel to be abreast of the current trends of crime and steps to deal with them.

He said training would also ensure that the security personnel were capable of helping victims during disasters.

Mr Foley said systems and institutions like the establishment of public complaints bodies that would make security personnel accountable in the performance of their duties was also important for incorporation into such a policy.

He cited the South African Independent Complaints Directorate - an independent body which receives complaints and comprises representatives of the government, the public and the police - as an example.

Mr Foley said with all the interventions, there was the need in the short term for security agencies to publicise units already set up to deal with such complaints as many Ghanaians were unaware of them.