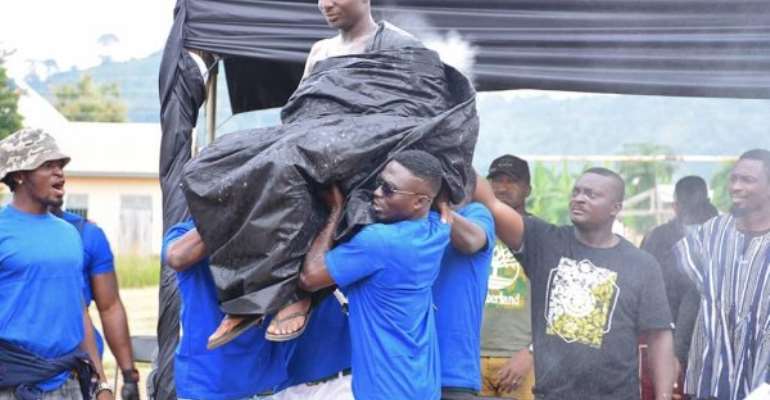 A 42-year-old small scale miner, known in private life, as Mr Isaac Oteng Krah, has been installed the new chief of Hwenapori, a suburb of Sefwi Bibiani, in the Western North Region.

This was after the Queen Mother (Ankobeahemaah) of Sefwi Anhwiaso Traditional Area, Nana Adwoa Ackaah II and Abusuapanin Kwadwo Kyemanteng presented Nana Kwaku III to the kingmakers as the chosen candidate from the ruling gate.

The queen mother stated that the stool had been vacant for about twenty-three years after the overthrow of Nana Kwasi Amponmaning.

She said Bibiani Hwenapori was one of the ancient towns of the Ankobea Royal Families in the Sefwi Anhwiaso Traditional Area.

The Queen Mother, in outdooring the new chief, advised him to be diligent in serving the people within his jurisdiction to ensure peace and unity.

She pleaded with the people of the town to support the new chief in all his endeavours to fight for more development projects in the community.

In an address, Nana Kwaku III, thanked the Paramount Chief of Sefwi -Anhwiaso Traditional Area, Ogyeahoho Yaw Gyebi II, who doubles as the President of the Western Regional House of Chiefs and his sub-chiefs for the massive support and the entire Hwenapori community for the honour.

Nana Kwaku lll said his ambition to become the next chief of Hewnapori was not to enrich himself but to seek the welfare of the people.

He urged the people to refrain from divisive tendencies and forge together for total peace and unity in the entire Hwenapori community to enhance development.

Police beef-up security at traffic intersections over daylig...
24 minutes ago