On The Evil Consequences Of Religious Mania 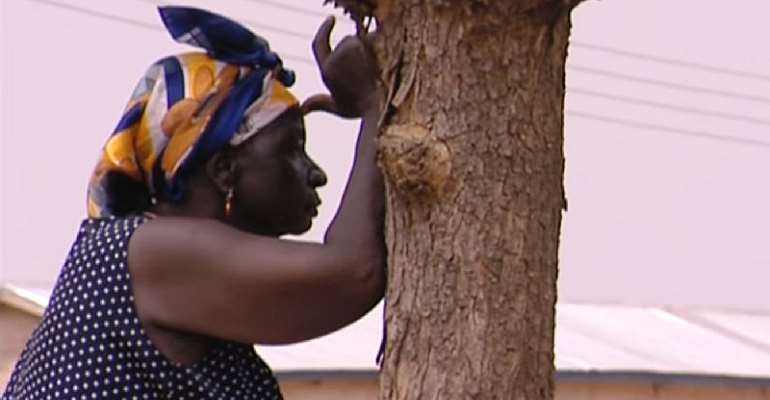 No sane person can take a stick or heavy iron instrument and hit a 90-year-old woman with it.

Hit her again and again/

By definition, then, whoever carries out such an atrocity must be mad.

However, in the “civilised” society in which we live, no person can be described as “mad” unless a trained psychiatrist has certified the person to be “mad”. What a stupid bit of self-deception!

Here, a person can kill a 90-year-old woman, or in another case, a 72-year-old woman, and walk “free.” For a while, anyway. Unless the law enforcement agencies decide to punish him or her – through the courts.

We never pause to ask how that decision is arrived at. In the case of the 72-year-old woman, Madam Ama Hemma, for example, members of her family have been waiting for the past ten yearsfor justice to be done for her.

Maybe Madam Denteh, who was unfortunate enough to be similarly assassinated at Kafaba, in Eastern Gonja, a few days ago, may fare a little better at the hands of the law. But there is no guarantee. So don't count on it.

For the law enforcement section of Ghana's administrative structure is one of the least responsive to public opinion imaginable. Its members appear in nice videos, eloquently urging the public to co-operate with them in detecting or preventing crime. But when a hideous crime like killing harmless old women does land on their doorstep, they can leave it lying there. For months and months and months....

The treatment of alleged “witches” in our society is, in particular, a very complex issue that is yet to be thrashed out by us as a nation. Does the acceptance by many of us of Christianity, Islam and other religions that abhor the existence of “demons”, tie the hands of our law enforcement agencies? Do the law enforcers generally feel that public sentiment is largely on the side of those who take the law into their own hands and unleash sadistic punishment upon suspected witches?

I don't know, but please be not deceived: many police and judicial officers do take a solemn oath to treat all citizens as equal before the law. Which means that the case of Madam Amma Hemma should not exist in our law enforcement history.

Yet so widespread does belief in witches and “demons” appear to be alive in our society that it is not at all improbable that in ignoring the brutality visited upon witchery suspects, some police officers actually might think that they are doing “the work of God”!

What they don't realise, rather sadly, is that if God wanted them to be witch-catchers, He wouldn't have got them to join a force whose members have to swear to enforce the law equally against all those who break the law.

The confusion between ensuring the public good and condoning unclassified “vigilantism” of all sorts is part of our problem as a people. The British saw through this and enacted a law making it punishable to “hunt” for witches. Many “fetishes” that thrived on “exposing witches”, such as Brekune and Tigare were put on the back foot when witch-hunting became an illegal act. A whole book has been written about this part of our history, called Witchcraft in Ghana.

But questions like this are still asked: “A 90-year-old woman? Why is she still alive? Why does she go out at night? What is she contributing to society?”

Asking such irrelevant and, indeed, arrogant, and inciting questions is only one step away from triggering brutal actions that can lead to the death of another human being. She may be 90 whilst her assailant is only 50. But is that her fault?

Would her assailant be able to lead such a careful and perhaps pious life as would enable that assailant to reach the ripe old age of 90? Between the 90-year-old and the 50-year-old, who has had more opportunities to do evil and be punished for doing so? If fairness were to be applied to assessing the lives of the two persons, which of them could make a better claim to the idea that he or she had been blessed by God, with a long life as the divine reward?

If and when people consider such cases, they often entangle themselves as they fall into contradictions of a very tortuous nature. God does not want evil to afflict mankind, yet He empowers old women to kill the young with witchcraft or blight their lives? And what God can't or won't do must be done by humans? Right? Anyone who believes that cannot also believe in an Omnipotent, charitable God. Period.

For if God ordered us, in the Bible, to “honour thy father and thy mother” so that “thy days may be long” in the land which He has given thee, how would He think you were doing His “work” if you struck a helpless 90-year-old person to death?

It's complete nonsense! And it's about time the hypocritical Ghanaian public woke up to denounce and punish those who do not care to read the Bible or the Koran with any depth but who select passages from the Holy Books out of context to end the precious lives of their fellow citizens. I mean, look at Boko Haram in Nigeria. How could The Holy Prophet (Peace Be Upon him) countenance the abduction and mass raping of 200 schoolgirls, as happened at Chibok in April 2014?

Or4 look at the Jesus that we read about in the New Testament. He may have cast out devils/demons on occasion. But He never struck anyone a harmful blow – ever. Indeed, when Peter cut off the ear of one of the soldiers who wanted to arrest Jesus at Gethsemane, didn't Jesus put the soldier's ear back in its place, while counselling Peter against the use of “the sword”?

A major reason why certain people who profess to be believers in God's word often fall down heavily when it comes to actually practising religion is that they don't observe the most elementary precepts of their own religion. For instance, Jesus preached “love thy neighbour as thyself” and strongly advised His followers to “do unto others”, what they wanted others to do unto them.

Yet we see so-called “prophets” kicking pregnant women in the stomach, or mercilessly whipping young people in public for engaging in sexual acts. And people follow them because empty-headed media outlets can't help giving publicity to the “snake oil” they advertise and sell.

Acts of mental cruelty are carried out by self-styled “devout” people without a thought for the reaction of the victims – as can be seen from the following story.

When we were attending primary school, our Presbyterian-trained teachers often loaded a lot of Bible studies and hymn-singing into our time-table. Each class had its own religious lessons; there were also assemblies of the whole school at 8 a.m., 12 noon, two o'clock and four o'clock, at which prayers were said and hymns sung. And sometimes they would pack all of us into a single classroom and lead us in prayers and hymn-singing. Many of us would be hungry, if it was lunch-time, and we made the room stink with – hunger-induced halitosis!

Well, one day, we were in such a classroom being preached to when the teacher asked us to close our eyes and engage in “silent prayer”. Everything went very quiet as a result.

Then, all of a sudden, we heard a loud voice shout in the Akuapem dialect:

The unexpected explosion of the voice and the unfamiliar “Biblical” Akuapem accent (we spoke Akyem Twi) convinced everyone that it was God Himself who had come into the room to address us. And we fled!

Everyone began to look for the exits, screaming loudly from sheer fear. Those kids sitting near open windows jumped through them to escape. There was such a rush towards the main door that some kids fell and were hurt by the trampling feet of others.

We learnt later, when we were safely outside, that one boy had joined a Pentecostal or Apostolic Church, and was exhibiting to us, the practice of “speaking in tongues!”

We had taken things literally and assumed that it was God Himself who was addressing us. And, of course, we had run!!

I ask you: did the boy who spoke with the “Voice of God” care about the effect his “miracle” would have on the rest of us?

It's not good at all — GMA expresses concerns over rising CO...
8 minutes ago