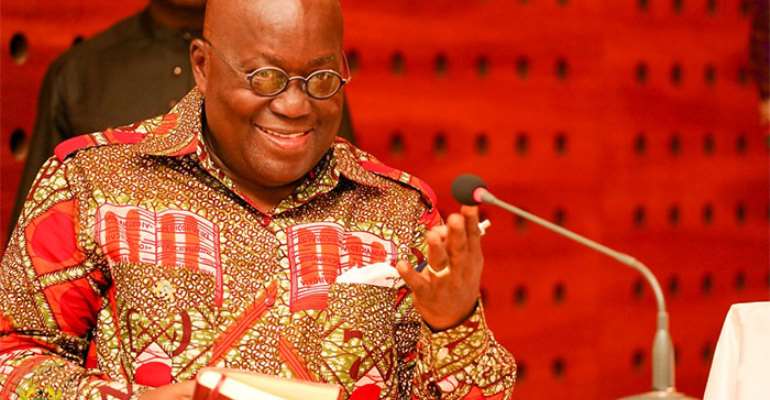 President Akufo-Addo insists nobody or group can distract him from fulfilling his promises and vision to transform Ghana.

He said he is aware of the numerous attempts and strategies by the National Democratic Congress (NDC) to distract him, but it would not work.

According to him, he staged a contest for the highest seat of the land with a genuine heart to develop the country and nothing can change that.

Speaking recently in an interview with Kumasi-based Wontumi Radio, the President said he has a thick skin and a good heart to lead Ghana through thick and thin.

“I'm focused to deliver on my mandate of leading Ghana to defeat abject poverty, ignorance and diseases, and that is exactly what I'm concentrating on. The clear attempts by the opposition NDC to distract me would not work because I know where I am coming from and where I am heading to,” he pointed out.

President Akufo-Addo said he is a listening leader and does not take for granted wise counsel from people that have the interest and development of the country at heart.

However, he was quick to point out that non-constructive criticisms from the largest opposition political party would not let him slip from the path to prosperity for Ghana.

“I have a clear mind and a good heart to make Ghana develop so that its people would also witness massive progress and transformation in their lives. This is what helped me to win the presidential election in December 2016 and this is what I will continue to strive to achieve in order to fulfill my vision for Ghana,” he stressed.

“All the noise-making and negative comments by our political opponents to distract me, let me tell you, they don't get into my head or distract me,” he added.

President Akufo-Addo was of the view that he had started well by leading the country to chalk up more successes within a short time and he would sustain it.

“The opposition in politics would always have something to criticize but that doesn't affect me as the leader of this great country because I'm well focused,” he pointed out.

The President stated that he would continue to implement more positive policies and social intervention programmes to make Ghana a better place for the citizenry.