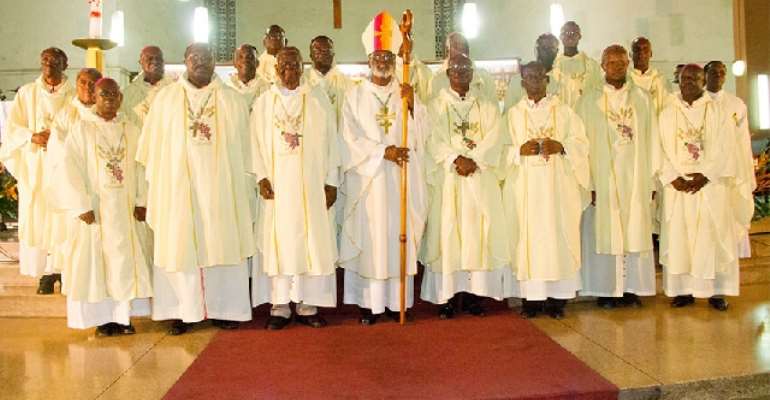 Political party vigilantism and electoral violence described by the Catholic Bishops' Conference as the “twin evils” threatens to plague the 2020 elections in December despite the enactment of legislation and the signing of inter-party code of conduct and road map to peace ahead of the polls, the Bishops have warned.

To ensure free, fair and transparent elections, the Bishops are pleading with Ghanaians to strive against vigilantism and violence.

It is recalled that in the just ended voter registration exercise, there were recorded incidence of violence at some registration centres.

At Awutu Senya East constituency in the central region for example, the Member of Parliament Hawa Koomson fired a gun at a registration centre after a melee leading to the burning of motor bikes and disrupting the process.

At Banda Ahenkro in the Bono Region, a graduate teacher was killed during a confrontation at a registration centre.

Apart from these, pockets of violence were recorded across the country.

These occurred despite an agreement between the two leading political parties – the governing New Patriotic Party (NPP) and the main opposition National Democratic Congress (NDC) to disband political vigilante groups.

Both parties are signatories to the Code of Conduct and Roadmap to ending political vigilantism developed by a technical committee following a series of dialogues organised by the National Peace Council.

It is on the back of this that the Catholic Bishops said vigilantism needs to be exorcised to ensure a violent free election.

In a pastoral letter titled: “Politics for nation building and social cohesion in Ghana”, the Bishops said: “These twin evils have again reared their ugly heads at recent elections and shockingly in the course of the voter registration exercise. If not duly exorcised from our body politic, these threaten to plague the 2020 elections, in spite of the enactment of legislations and the endorsement and signing of an inter-party code of conduct and road map to peace.”