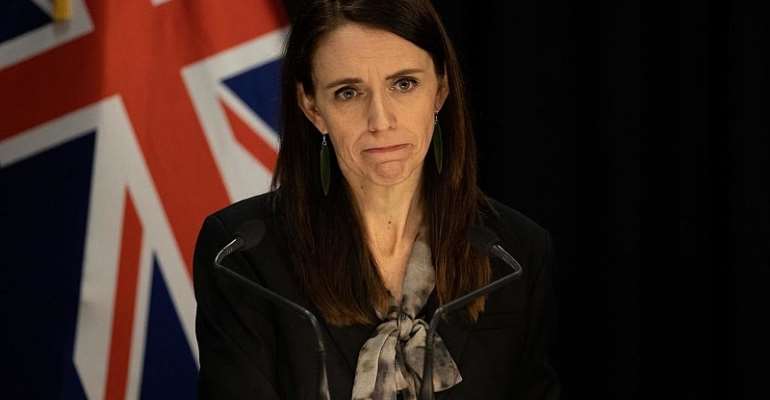 New Zealand's Prime Minister Jacinda Ardern announced a three day lockdown in Auckland and nursing homes nationwide as of Wednesday, in response to new cases of Covid-19. The country, which had not seen a case in over one hundred days, may have to postpone general elections set for next month.

After a 102-day streak without any new coronavirus cases, authorities in New Zealand were trying to trace people who had been in contact with four Auckland residents who tested positive on Tuesday.

Prime Minister Jacinda Ardern issued a three day stay-at-home order as of Wednesday midday, for the 1.5 million residents of the country's largest city.

The rest of the country will continue with less strict level 2 restrictions.

Ardern said health officials were apllying lockdown to elderly care homes across the country because they could act as "transmission hotspots".

"I realise how incredibly difficult this will be for those who have loved ones in these facilities, but it's the strongest way we can protect and look after them," she said.

Ardern said the return of coronavirus was "unsettling" but all efforts were being made to retrace the steps of the Auckland family of four who contracted it from an unknown source.

She said that local health authorities were investigating possible transmission of the virus from freight held at a cold storage facility where one of the infected people worked.

Election date uncertain
Ardern also said she might have to postpone the 19 September general election if the outbreak could not be contained.

"We're seeking advice from the Electoral Commission, just so that we make sure have all options open to us," she said.

She deferred the planned dissolution of parliament for a few days in order to deal with the reappearance of the virus.

Ardern's centre-left Labour Party has been riding high in opinion polls and is expected win a second term.

The conservative National Party was open to the idea of a delay if conditions meant it was justified.

Only 22 deaths
"It's going to be very difficult to have an election in mid-September when we are now mid-August. It is very little time," National leader Judith Collins told TV3.

New Zealand had been held up by the World Health Organization as an example of how to contain the disease after recording only 22 deaths in a population of five million and preventing community transmission for more than three months.

This credited in part to the closure of borders to international travel and compulsory quarantine for returning nationals.