The Ahwoi Stoke? Writing, Criticality And The Toxicity Of Our National Politics 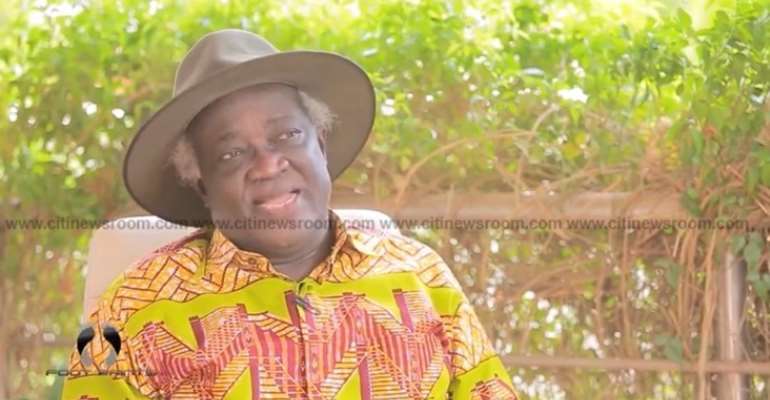 Cities they say are the mottos of civilisation. In this breadth, books are the melting pots of ideas and continuity of society. More so historical accounts. History, when recounted in the form of a memoir, presents to its varied readers the many shades of a rainbow preference of a reader's choice.

A few weeks ago, a leading Professor within the Ghanaian political landscape and a household name in the NDC politics Professor Kwamena Ahwoi, released a memoir of a sort, 'Working with Rawlings'. Like him or not, Rawlings exudes a larger than life persona something any serious philosophical nation will accord an 'ism' – 'Rawlingsism', they will say. Over to you NDC!

Many pandits, attempting to pass as literary critics, who have barely read the book except for a glance at interesting pages, thanks to media serialisations and third party interpretation seem to have downplayed the importance of such publications and relevance to social discourse.

To add insult to injury, the appointment of Professor Naana Opoku Agyemang as running mate to President John Dramani Mahama, who happened to have written the forward to the book, seems to have generated unwarranted negative commentary as the political community in Ghana have decided to weaponise and stoke a political war with the book.

The plot being that Prof Opoku Agyemang endorsed an attack on President Rawlings by writing a forward to a book they believe denigrates him. Given that this is not a review of the book, but a dismissal of the rather toxic storm being brewed politically, it is vital we as youth regardless of our political colouration engage with this topic in a fashion that elevates our place within the Ghanaian society.

Let's for once reject the zombie autopilot political vendor machine splurge of unwise political merchandise and focus on prudent criticality to better appreciate and learn from such seminal works.

Before we delve into the what forwards of books are about, permit me to invite the read-shy detonators of bombastic political propaganda who reduce the entire book to just the forward, Prof Opoku-Agyemang's photograph, and the front hardcover page of the book as an indication of Prof's endorsement of purported attacks on President Rawlings.

That is a very pedestrian and unintellectual approach to review. Here is an opportunity to appreciate the content of the forward put together by Prof Opoku Agyemang for the book :

“The twelve chapters and postscript that forms Working with Rawlings attempt to do those things that many biographies or memoirs or even autobiographies do…The distinctive feature here is that, unlike the usual biographical mode to the life of any individual, this text merely uses the biographical mode to focus tightly on a define space and time of a relationship with a particular collection of events.

These events revolve around the life of the writer and that of his boss [emphasis added], Jerry John Rawlings, a leader who has worn many hats including that of Chairman of the PNDC to that of founding President of the Fourth Republic, in both capacities as Head of State of Ghana.”

What is evident from this extract, and indeed the entire forward, is an intellectual doing a matter of fact analysis devoid of sentiments – condemnation or praise.

By what stretch of vile propaganda could this pass for an endorsement of an attack on the persona of President Rawlings? Here is now an opportunity to go back and read the entire forward to the book and sincerely conclude for yourself what the forward to the book contained.

In brief, a forward – much as by its content could serve as an endorsement to a book – it primarily introduces readers to an author and his or her work. Exactly what Prof Opoku-Agyemang did while granting President Rawlings the greatest respect.

Given that she was not the commissioning editor to the book nor served with Professor Ahwoi, how was she to challenge the content of a book produced by a man who did not only serve as a key architect of the PNDC-NDC but spent all of his adult life working for the party and Mr Rawlings?

Let's now delve into the forwards and contents of a few similar works to aid our analysis. Achebe's globally acclaimed debut, Things Fall Apart, wove its plot around colonialism. Majority if not all of his works are based on anti-colonial discourses. Notwithstanding this, Achebe in 2008 wrote a forward to Richard Dowden's magnum opus, Africa: Altered States Ordinary Miracles.

A book that presents 21st Century Africa through the good, the bad and the ugly by the former BBC Journalist.

Would it be fair to say Achebe threw his ideals away by endorsing the work of a man whose ancestors were Achebe's colonial masters and contents of whose work does not paint a good picture of Africa? The answer is obvious: That will amount to poor judgement and an unfair conclusion.

Also, without an upfront defence for any of the Professors in this piece, let's take a tour into some memoirs of the leading figure. In Gordon Brown's memoirs: My life, Our Time, here is what he had to say about the former Italian leader Berlusconi “[a]s our dinner ended, we joined, the guest from the other dinner for coffee.

Silvio Berlusconi could not stop himself from asking for Naomi Campbell's phone number”. As if by some coordinated coincidence Brown's successor David Cameron in his 2019 memoir had the following to say about the same man Silvio Berlusconi, “Italian politics was riddle to me. What did they see in a billionaire playboy with no filter on what he said or did?

He once interrupted a long night at an EU Council by pushing the button on his microphone and announcing to the other twenty-six leaders that if the meetings were going to run on like this, 'you should all do same as me and take a mistress in Brussels'.”

To be fair he had great stuff attributed to him as well. These examples are no endorsement but to offer how straight-shooting and raw memoirs could be on content.

There are also some other concerns surrounding the book, Working with Rawlings. Such as the timing of its release and some issue on factual inaccuracies. But I leave that to the sages of the NDC to resolve.

Do I agree to all of its content? No. But that is not the theme of this piece. Regardless of our individual positions, this is what memoirs or political history do.

I would also be doing history a great disservice should I gloss over a similar dishonest serialisation of Arthur Kennedy's Chasing the Elephant into the bush: The politics of complacency.

That rather important political manual for all sides of the political divide ended up as political widget on the propaganda conveyor belt by political actors. The question remains, would we be fair to generations after us if this is how to treat literary and published account narratives?

Readers are leaders is an encouragement cliché to spur reading, but positive criticality, proper contextualisation, deweaponisation of intellectual works for decent social engagement remains the jewel on the crown.