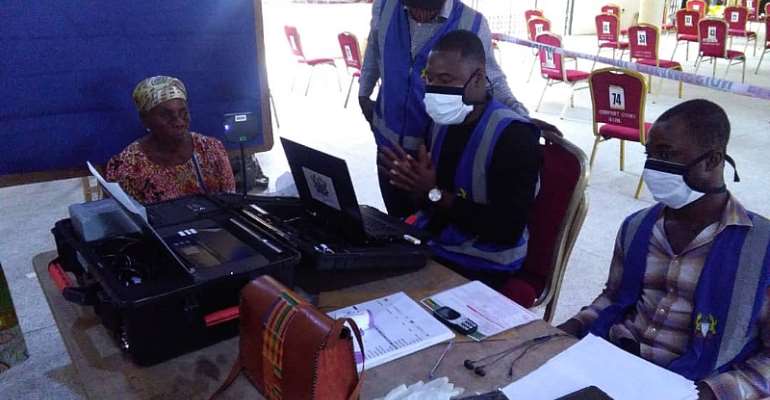 Giving more clarification on his assertions, Mr. Arhin added, “It was a smooth exercise. For example, before the EC got into this exercise, they were talking about the BVR machines. They were going in for a new one so they’ll be able to deliver and they’ve been able to do that, apart from a few hitches. Even when the machines broke down, they took their time to repair them so registration could continue. On the whole, it was a smooth exercise because the people who were trained to do the job did extremely well. Initially, we had a problem with the COVID protocols, but as time went on, these were corrected.”

The voter registration exercise started on June 30 and officially ended on August 6, in 33,367 polling stations. It was done in six phases with each phase assigned six days for eligible applicants to register.

This was followed by a two-day mop-up exercise on Saturday, August 8 and Sunday, August 9, 2020, at the various district offices of the EC across the country to enable eligible applicants who were unable to register in the mass registration exercise to do so.

In all, the Electoral Commission registered over 16,663,699 persons during the mass voter compilation exercise.