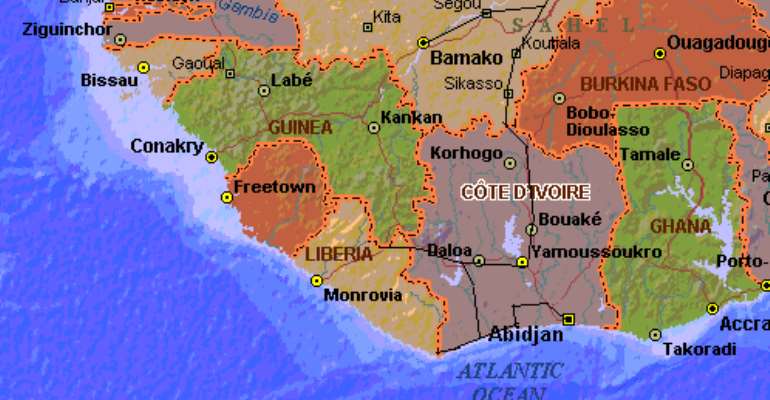 West African States could alleviate their security challenges if they dialogued on their relations with one another on specific issues, Mr Dauda Toure, the UNDP Resident Representative in Ghana, said yesterday.

He said the causes of national conflicts were varied but recent events in the world had shown that the power of diplomacy, agreements and protocols could lead to the fostering of peace and national security.

Mr Toure made the point in a speech read for him at the beginning of a two-day sub-regional workshop on: "Implementing Regional Protocols for Security and Development in ECOWAS" which is underway in Accra.

Members of the ECOWAS Parliament from Ghana, Liberia, Mali and Senegal serving on the Foreign Affairs, Defence and Security, Environment and Natural Resources Committees are attending the workshop.

It is examining the role and responsibilities of the ECOWAS Parliament in ensuring that trans-border crimes were curbed and creating the environment to promote sub-regional co-operation and to harmonise legislations.

It is also designed to promote science and technology to champion development, regional security and integration through networking, experience and intelligence sharing among countries of the Sub-Region.

Mr Toure said the 15 states that made up ECOWAS (Economic Community of West African States) were among the World's poorest and one of the most unstable regions. He said 37 out of the 72 successful military coups that took place in Africa between 1960 and 1990, half occurred in the Sub-Region.

Also, the end of the last decade witnessed a period of intense violence and worsening instability both within the States and across the Sub-Region.

Mr Toure said a new project, called the ECOWAS Small Arms Control Programme (ECOSAP), developed with the assistance of the UNDP, would provide a broad spectrum of technical and financial support to build the capacity of the National Commissions within ECOWAS member states at the regional political level.

It would also strengthen the capacity of the new Small Arms Unit for Policy Development and Co-ordination of Operational Activities to implement the Moratorium on the Importation, Exportation and Manufacture of light weapons in West Africa and its associated plan of action.

Madam Afi Yakubu, Director of FOSDA, said even though the Sub-Regional body had made impressive achievements in the areas of conflict management and peace keeping, its principal objective of promoting socio-economic development through regional co-operation to improve living standards was still on the drawing table.

She said implementation of the various protocols at the national and sub-regional levels was vital if the people of the Sub-Region were to feel the impact of ECOWAS.