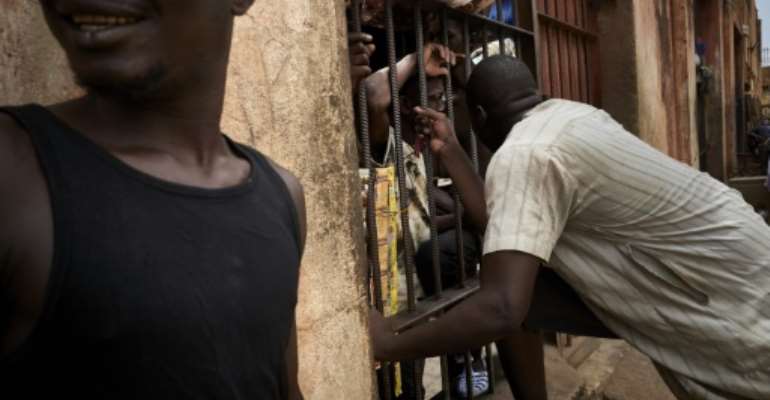 Mali's largest jail is a squalid and overcrowded colonial-era throwback that in theory is an open invitation to coronavirus.

Instead, staff at Bamako Central Prison say that so far they have kept the dreaded virus at bay, thanks to time-honoured techniques of hygiene and self-help.

Outside the penitentiary's ochre walls, the Malian capital has registered most of the country's 2,577 infections and 125 deaths. Inside, the number of recorded cases is precisely zero.

"From the start of the pandemic, we did everything we could to prevent it from getting in," said prison warden Colonel Adama Guindo, wearing a face mask.

Hand cleanliness, temperature checks for visitors and an innovative scheme for inmates to make face masks have been key.

There is every reason to be vigilant. The prison is an ideal breeding ground for coronavirus.

Built by French colonial authorities in 1951, the prison was designed for 400 inmates but currently holds 2,100. Hundreds of people are crammed on top of each other in filthy cells.

Mali's number of COVID-19 cases pales in comparison with virus-stricken countries such as the United States or Brazil.

But there are fears about the capacity of the war-torn Sahel nation of some 19 million to handle a large outbreak.

Large swathes of the country lie outside the control of the government, which has been struggling to contain a jihadist insurgency that first emerged in 2012 and which has claimed thousands of lives.

Thirty-one people died in a prison riot in Sierra Leone's capital Freetown in April, for example, shortly after the city's overcrowded jail registered its first case.

The ICRC buys some 500 face masks a week from inmates who work as tailors. By MICHELE CATTANI (AFP)

In Mali's Bamako Central Prison, officers transferred about 600 inmates to another jail in the city's suburbs to reduce overcrowding. Some prisoners also received a presidential pardon.

But even with those measures, the prison remains hugely overcrowded, mostly because of the vast number of people held in pre-trial detention.

Only 160 inmates there have been convicted, which Guindo admitted is a "catastrophe".

His staff have limited prison visits in a bid to reduce the chances of infection. Anyone entering must also take a temperature test and wash their hands.

But early action by the authorities to impose restrictions on contact and mobility has been a key part of reducing the risk, say experts.

And one of the very first steps was an offer of help by the International Committee of the Red Cross (ICRC).

It donated hand-washing kits, which are dotted around the prison, and is also encouraging prisoners to manufacture their own face masks. The ICRC buys 500 masks a week from inmates who work as tailors, and then redistributes them.

Chiaka, a prisoner and apprentice seamster who is about 20 years old, explains that usually the prison tailors made everyday clothing.

Prison warden Adama Guindo Guindo is cautiously beginning to hope the pandemic will pass his prison by. "If the monitoring continues to be done proactively, we have every chance of being spared," he says . By MICHELE CATTANI (AFP)

"Now masks have become a priority," he says.

For all that, only prison officers appear to wear masks.

Many in Mali choose not to, partly because of stigma, although among prisoners the main reason seemed to be indifference to the virus.

The ICRC confirmed that there had been no documented cases in the prison, and Mahamadou Diarra, one of the two jail doctors, said there had "only been suspected cases" of coronavirus, all of which had tested negative at a local health centre.

Guindo, the warden, is cautiously beginning to hope the pandemic will pass his prison by.

"If the monitoring continues to be done proactively, we have every chance of being spared," he said.

"We're in the middle of the river, but we can't declare victory until we've reached the other side."