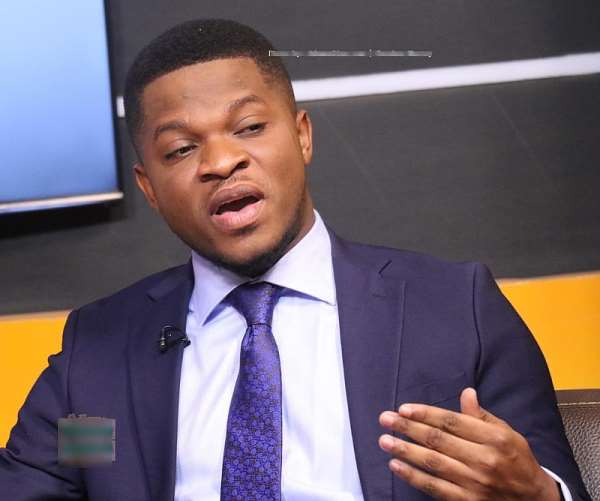 I was astonished upon listening to the NDC Communication Officer, Sammy Gyamfi and the other operatives shouting at the roof top about the lack of probe and prosecution of the alleged PDS fraudsters by the Akufo-Addo’s administration.

It was, however, much more interesting when the nDC loyalists went ahead pontificating somewhat impetuously about how Mahama would probe and prosecute the alleged fraudsters of PDS in the unlikely event of Mahama returning to the presidency.

Dearest reader, if the preceding statement by the NDC diehard supporters wasn’t just a mere political gimmickry intended to deceive the voting public, what was it then?

Let us, therefore, ask Sammy Gyamfi and his cohorts: if Mahama indeed has the will and commitment to fight the menace of bribery and corruption, why did he fail to probe and prosecute the alleged offenders in the bribery and corruption scandals in the infamous Bus Branding, the Brazilian Aircrafts, the Brazil World Cup, the GH12 million import tax evasion by the sibling of former President Mahama, Ibrahim Mahama, SADA, SUBA, GYEEDA, SSNIT, NCA, MASLOC, the furtive Ford Expedition Vehicle, the Woyome’s 51.2 million dubious judgement debt, the Waterville’s $30 million wrongful payment, the Isofoton’s dubious payment of $325,000, among others?

I have always maintained that not many Ghanaians will envy the NDC Communication Officer, Sammy Gyamfi, who faces the insurmountable task of deflating the numerous corruption allegations levelled against Mahama and his administration which observers believe largely led to NDC’s 2016 humiliating election defeat.

If you would recall, dearest reader, following the NDC’s 2016 humiliating election defeat, the party leadership set up a 13-member committee, presided by former Finance and Economic Planning Minister, Professor Kwesi Botchwey with the sole mandate of travelling to the length and breadth of the country to interact with the grassroots supporters and investigate the causes of the historic defeat and put forward recommendations.

The credible sources, however, have it that the Botchwey Committee’s report indicted former President Mahama, the NDC’s 2016 flagbearer, as the main cause of NDC’s humiliating defeat.

On the issue of corruption, the Botchwey Committee’s report is quoted to have stressed that the then flagbearer of the NPP, Nana Akufo-Addo, who is the incumbent President, took advantage of his well-received incorruptible descriptive label to the disadvantage of NDC’s flagbearer, former President Mahama, who was perceived to have endorsed corruption in his government.”

Some of us, so to speak, do not for a minute, envy any member of the opposition NDC communication team given the seemingly insurmountable task ahead of them.

If you may remember, prior to the NDC’s 2018 internal elections, we read that the then aspiring National Communications Officer, Sammy Gyamfi, allegedly accused the former President and the NDC’s 2020 flagbearer, Mr John Dramani Mahama of being corrupt to the high heavens (emphasis mine).

Unsurprisingly, however, in his desperation to make amends, the then aspiring NDC Communication Officer, Sammy Gyanfi, stated in his pompous and somewhat tentative press statement that “unlike President Akufo-Addo, and the vice President Dr Bawumia, Mr. John Mahama is incorruptible.”

In fact, it would only take an inveterate propagandist or a disputatious character to insist that Akufo-Addo and Bawumiah are corrupt.

It does not take superior powers of the mind or transcendental powers to appreciate that the aforesaid gentlemen are true patriots who only want the best for Mother Ghana.

President Akufo-Addo’s actions and inactions towards the fight against the canker of corruption cannot be underestimated.

How could anyone aim a finger at a man who has created the Office of the Special Prosecutor with the view to combating the corrosive effects of corruption?

How would you accuse someone who can even report his own right-hand men to the investigative body such as the Criminal Investigation Department?

Whatever the case, it would be unreasonable for anyone to suggest that a politician who can even reject the juicy trappings of a ministerial post can be corrupt.

The fact is, the man Akufo-Addo has been in active politics for well over forty years and there hasn’t been a single corruption case against him.

So, why must anyone with a reflective mind think that the septuagenarian president will now indulge in malfeasance?

To be quite honest, it is only the mischievous and the antagonists of Akufo-Addo who would point accusing fingers when it comes to corruption.

The fact however remains that there are more bribery and corruption scandals hanging on the neck of Ex-President Mahama than any other president in the history of Ghanaian politics.

So, if I were an opposition NDC communicator, I would rather spend the chunk of my time trying to obliterate the descriptive corruption tag off NDC’s 2020 flagbearer.

Honestly stating, if I were an NDC communicator, I would be extremely worried when four valiant Ghanaians petitioned the Special Prosecutor, Martin Amidu, to probe into the alleged E.O. Group’s $13 million corporate social responsibility fund towards the development of the Western Region which the petitioners claimed to have been diverted by Ex-President Mahama (See: ‘Mahama diverted $13m E.O. Group money; probe him – Four citizens petition Amidu’-todaygh.com/ghanaweb.com, 18/06/2018).

Who says that if I were an NDC communicator I would go to sleep over the investigative work carried out by the former Joy FM’s investigative journalist, Manasseh Azuri, which exposed former President Mahama’s furtive gift of a brand new Ford Expedition vehicle worth over $100,000 from the Burkinabe Contractor, Djibril Kanazoe?

If you may remember, Manasseh reported that the Burkinabe Contractor Kanazoe undertook a number of contracts which were secured through sole-sourcing and handpicking, amid allegations of former president Mahama’s influence.

Manasseh indicated that Djibril Kanazoe over the years took part in the bidding process for contracts in the country. However, he was not successful until a middleman led him to meet the then Vice President Mahama.

Following his meeting with the then Vice President Mahama, Kanazoe was handpicked to build the $650,000 Ghana Embassy fence wall in Burkina Faso.

To be quite honest, if I were an NDC communicator, I would have been extremely disturbed when in September 2014, the officials of the Bank of Ghana met the Public Accounts Committee of Ghana Parliament (PAC) and it came to light that an amount of $656, 246.48 had been spent on the construction of a fence wall over a parcel of land belonging to the Ghana Embassy in Burkina Faso.

PAC, apparently, requested the Bank of Ghana to look into what it referred to as: “the outrageous” cost of the project.

It however came to light that the procurement process was violated to the advantage of former President Mahama’s Burkinabe friend.

Astonishingly, however, during an interview with Manasseh, Djibril Kanazoe admitted that he did not put in a bid for the contract, but it was rather the Ghana Embassy in Ouagadougou that wrote to his company to request price quotations for the project. And, he subsequently forwarded the necessary quotes and was selected.

In any case, it would only take a doubting Thomas to contend that some Ghanaians did not vote against Mahama in 2016 largely due to the preceding scandal.

Trust me, Sammy Gyamfi and his communication team may have to explain the circumstances surrounding the Armajaro Holdings scandal before 2020 general elections.

If we take a stroll down memory lane, somewhere in October 2010, the British media brought up a chilling report about how the then Vice President John Dramani Mahama was lobbied by a British Cabinet Minister to get a reprieve for the ban imposed on Armajaro Holdings, one of the cocoa buying companies who were found guilty for smuggling the commodity out of Ghana.

Armajaro Company was banned together with a few other companies, when the award winning investigative journalist, Anas Aremeyaw Anas exposed the smuggling of uncountable bags of cocoa into neighbouring Cote d’Ivoire.

Shockingly, however, the British media reported that subsequent to the meeting between the then Vice President John Dramani Mahama and the British Cabinet Minister, Armajaro Company was given a needless reprieve and then started its operations.

Besides, Sammy Gyamfi and his communication team cannot continue to brush aside Mr Martin Amidu’s damning allegation that in July 2011, there was a hue and cry about the prices for the acquisition of five (5) aircrafts for the Ghana Armed Forces which were negotiated by the then vice president, John Dramani Mahama.

Mr Amidu stressed that even though on 26th July 2011, the late Mills attempted to defend the purchase of the five aircrafts, he became convinced of the necessity to set up a Committee to investigate those purchases.

Mr Amidu added: “a Committee to Investigate the Processes of the Acquisition of Five Aircrafts (5) including Embraer 190 Aircraft and hanger for the Ghana Armed Forces consisting of Mr. William Aboah, Mr. George Amoah, and Brig. Gen. Allotey (Rtd) former Judge Advocate-General was put together”.

So Sammy Gyamfi and his communication team think that the numerous press conferences are more important than coming out to explain to the good people of Ghana the circumstances which led to the dubious aircrafts deal negotiated by former President Mahama?

More so, we hope and pray that the opposition NDC communicators can throw more light on the STX Housing deal which was supposed to provide affordable housing units to the security agencies.

Whatever the case, we would be most obliged if Sammy Gyamfi can call another press conference and explain why the then Vice president, Mahama, is alleged to have given us a bill in an excess of $300 million in spite of the fact that the deal did not materialise?

Dearest reader, it beggars belief that despite the wanton corruption, the arrogance of power and the crass incompetence exhibited by the erstwhile Mahama administration which resulted in massive economic meltdown, the NDC communicators would still have the moral authority to accuse others of non-existent corruption.

Given the illimitable rot in the Mahama’s administration, some of us cannot help but to giggle over the NDC communicators renewed zeal to expose and prevent perceived corruption in the NPP administration.

Apparently, the Progressive Nationalist Forum (PNF) estimates that monies lost to corrupt and dubious transactions under the presidency of John Dramani Mahama amounted to GHC5billion.

However, the total of my calculations in respect of all the recorded corrupt and dubious transactions exceeds that of the PNF; I recorded GH7 billion.

In ending, some of us, as a matter of principle, cannot end our arousing disgust anyhow and anytime soon over the erstwhile Mahama government’s irreversible incompetence and the corrupt practices which nonetheless destabilised Ghana’s macroeconomic indicators.

A Distressful Experience with the Covid-19 Management/Contai...
10 minutes ago