Getting Familiar With The First Female President Of Taiwan

By The Africans United For Taiwan (AUT) 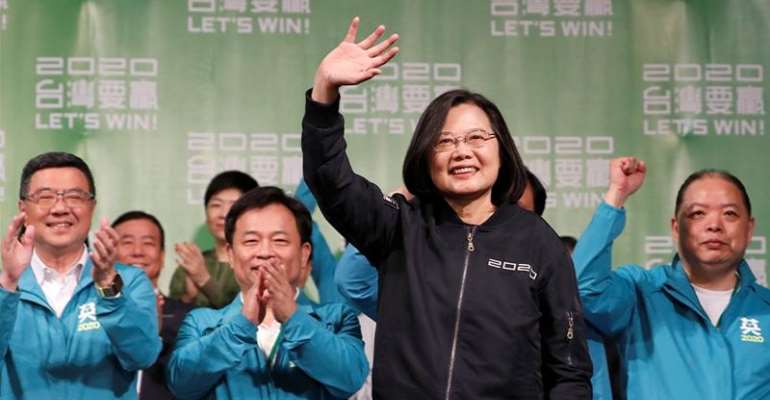 Tsai Ing-wen is the President and Commander-In-Chief of the patriotic Armed Forces of Taiwan. Born on 31st. August 1956, in Taipei (Capital City of Taiwan) Tsai Ing-wen traced her family roots to the Fangshan Township of Pingting County of Southern Taiwan.

President Tsai Ing-wen traces her family roots to Fangshan Township of Pingtung County in southern Taiwan. Growing up at an auto repair shop run by her parents, her family background instilled in her the spirit of small and medium-sized enterprises—professional, dynamic, resilient, and hard-working.

President Tsai Ing-wen graduated from National Taiwan University with a Bachelor of Laws degree in 1978. She then studied in the US and the UK, obtaining a Master of Laws degree from Cornell University Law School in 1980 and a Ph.D. in Law from the London School of Economics and Political Science in 1984, specializing in international trade law and competition law.

President Tsai Ing-wen began her tenure as part of Taiwan's trade negotiation delegation in the late 1980s. By 1990, Taiwan began working on the bid to join the General Agreement on Tariffs and Trade (GATT), eventually gaining admission to the World Trade Organization (WTO) in 2002. She was on the forefront of the process during key negotiations in her capacity as Chief Legal Advisor (1992-2000). Dr. Tsai hand witness to this landmark event in the history of Taiwan's economic transformation.

The first female head of state in Taiwan's history, President Tsai Ing-wen is also the first female head of state in Asia who was not born into a political family. Dr. Tsai represented the DPP in the nation’s 15th-term presidential election in 2020 and was successfully re-elected with over 8.17 million votes, the highest total in the political history of Taiwan. Dr. Tsai was officially sworn in as the 15th-term President in May and concurrently serves as DPP chairperson.

The Africans United for Taiwan (AUT)

Covid-19: Hassan Ayariga under life support after ridiculing...
20 minutes ago

What evil men mean for wickedness God turns it around for go...
35 minutes ago