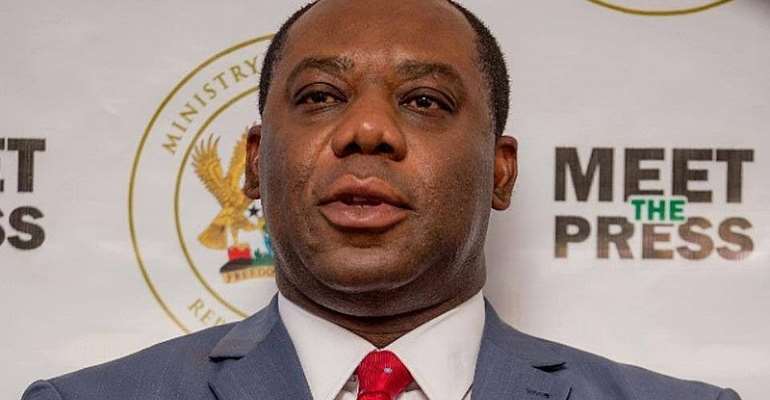 The Minister for Education, Matthew Opoku-Prempeh aka Napo has touted the government's achievement in his sector outlining various policies instituted to enhance teaching and learning outcomes.

He, however, did not give an indication as to the plan for schools, which have been closed since March 2020 due to the novel coronavirus pandemic.

Dr. Opoku-Prempeh was heavy on the actions of the government like the implementation of the abolition of the three months pay policy, the reversal of the cancellation of the teacher training allowance among others.

He was also keen to note these achievements trumped that of the Mahama administration.

Key to the Akufo-Addo administration’s record on education has been the implementation of the Free SHS programme.

“To date, over 1.2 million students have benefited from the Free SHS programme which has expanded access to secondary education and enabled an extra 400,000 students to enroll in Senior High School,” he noted.

Beyond the metrics of access, the minister also said the government had an eye on quality.

“…we recognize that access alone is no adequate in guaranteeing the quality of education we desire. For this reason, government is committed to ensuring quality and relevant education that will produce confident, skilled and global citizens who are ready and able to compete with their counterparts anywhere in the world.”

Dr. Opoku-Prempeh also spoke about the teaching interventions at the basic level.

He further said, since the current government took office in January 2017, it has employed a total of 66,357 teaching and non-teaching staff in the pre-tertiary sector as of the end of 2019.

“This brings the total to a staggering 93, 724 employed by the end of this year for pre-tertiary. At the tertiary level, we have since 2017 we have recruited a total of 6,176 staff,” he added. Criticism from Minority

But a Ranking Member on the Education Committee of Parliament, Peter Nortsu-Kotoe, chided the minister for shying away from pressing issues in the education sector in favour of politics.

“Ghanaians were expecting him to tell us this afternoon what programmes or programmes are being put in place for the resumption of schools especially at the basic at the senior high school levels.”

“Our children have been home for five months now [because of the coronavirus pandemic]. What is the way forward? He failed to tell us,” Mr. Nortsu-Kotoe said.

The legislator insisted that the minister should have spoken directly to the status of schools and given a plan “so Ghanaians will know if children will go to school or not go to school.”