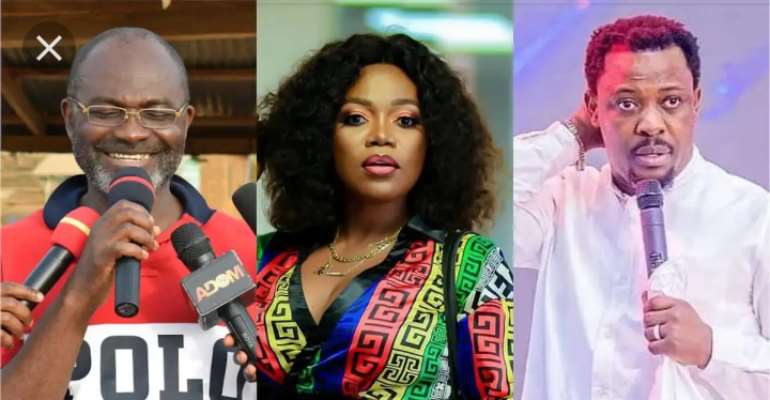 In sequel to an expose by Daily guide which was subsequently used by Hon. Kennedy Agyapong on Net2tv on Monday 10th August, 2020, Ghanaian singer Berlinda Nana Akua Amoah aka Mzbel has refuted claim that NDC running Prof. Naana Jane Opoku Agyemang pleaded on Prophet Nigel's behave when she had issues with the man of God.

Before this reaction, Daily Guide published the story which was used by Kennedy Agyapong on Net2 TV on Monday that, Prof. Naana Jane Opoku Agyemang was the person who pleaded for Prophet Nigel who is alleged to have slept with Mzbel.

This prompted a reaction from the musician indicating that "The story as published by Daily Guide is not true but I take the blame for being angry and speaking the way I did".

According to her, she has a lot of respect for Hon. Kennedy Agyapong whom she decided to narrate her story to however the story carried by Daily Guide was completely a fabrication "I am very very sorry that this is happening but I never said anything like that. But, I take the blame."

The singer explained that she has never met Prof. Jane Naana personally before neither has she spoken to her. "Ever since Prof Jane Naana was nominated as the running mate, I've been reading about her and trying to follow her footsteps."

She is asking Daily Guide to desist from the business of fabricating lies and not to use her as a conduit to 'dirty' the NDC running mate.

"Ever since Prof. Naana Jane's name was mentioned people have tried hard to smear her name, but that hasn't worked but am taking the opportunity to plead with all and sundry not to use my name for any smear campaign against the woman.

"Ever since I started my career in 2004 till now, Daily Guide hasn't written anything positive about me. Because of that, whenever I meet them at programmes I don't talk to them". "Please, and please let me live my life in peace," she emphasised.