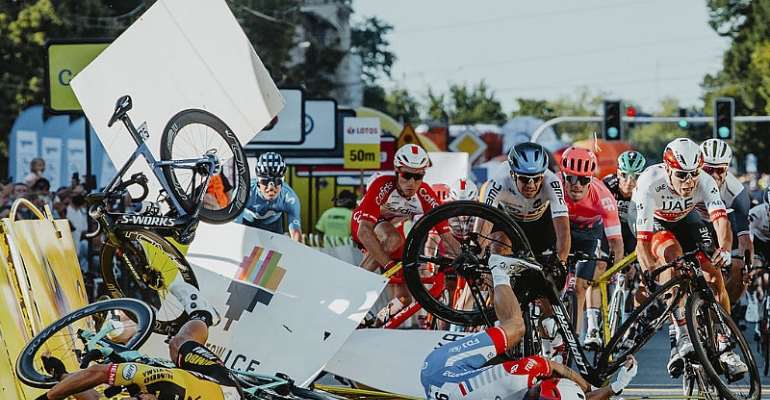 Fabio Jakobsen, who was placed in a medically-induced coma last week after a crash at the Tour of Poland, has been cleared to return to the Netherlands.

The 23-year-old Dutchman was left fighting for his life and underwent a five-hour operation at Sosnowiec hospital on injuries to his head and face.

He awoke from the coma on 6 August and doctors initially estimated he could leave the clinic in around two weeks.

However, Jakobsen's team, Deceuninck-Quick Step, said on Tuesday his condition had improved further and that he would be moved to a hospital in his homeland.

"Fabio Jakobsen's condition is evolving favourably, to the extent that he will be transferred Wednesday to the hospital in Leiden where further follow-up treatment of his injuries will take place," said a team statement.

Incident
Jakobsen was thrown into and over a barrier at 80kmh as he raced with compatriot Dylan Groenewegen in a sprint finish to the line at the end of the 198-kilometre opening stage of the Tour of Poland in Katowice.

Groenewegen went on to win the stage but was later disqualified. He has been suspended by his Jumbo-Visma team while cycling's governing body carries out an investigation.