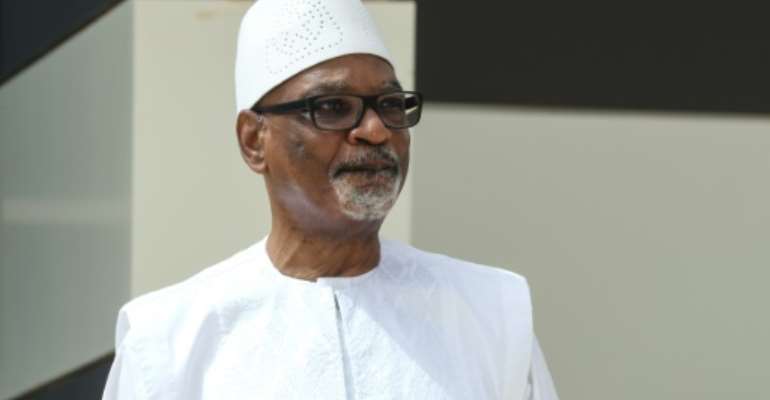 Malians took to the streets in the capital Bamako on Tuesday, despite rainfall and pleas from mediators to stay home, to demand the resignation of President Ibrahim Boubacar Keita.

"We want real change in Mali, IBK get out," read one placard, using the acronym by which Keita is known.

Other people carried umbrellas against the rain, and toted signs asking the prime minister to resign too.

"Because of the rain, there aren't many people here, but you'll see," one of the rally organisers told AFP, suggesting that more people were set to join.

The gathering marks the first time the June 5 Movement has staged a protest since July 21, when the opposition group declared a temporary truce in a months-long push to topple Keita.

It staged the demonstration despite a call to stay home from Nigeria's ex-president, Goodluck Jonathan, a mediator for the Economic Community of West African states (ECOWAS) in Mali's crisis.

"Demonstrations do not solve problems per se," Jonathan told a news conference on Monday evening, adding that opposition figures needed to enter dialogue.

The June 5 Movement has been channeling deep frustrations in Mali over a dire economy, perceived government corruption and the country's eight-year jihadist conflict. 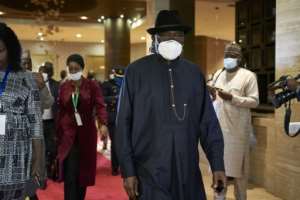 Tensions snowballed in crisis last month, when 11 people died over three days of unrest following an anti-Keita protest, in the worst political strife the country has seen in years.

The 15-nation ECOWAS bloc stepped in to mediate. On July 27, the bloc's heads of government suggested the formation of a new unity government, among other measures, while sticking by Keita.

But the June 5 Movement has rejected the proposal and continues to insist on the 75-year-old president's departure.

Keita, who first came to power in 2013, has made efforts to follow the ECOWAS plan to exit the crisis.

He swore in nine new judges to the Constitutional Court on Monday, which formed part of an ECOWAS suggestion for resolving a festering election dispute -- a key ingredient in the current crisis.