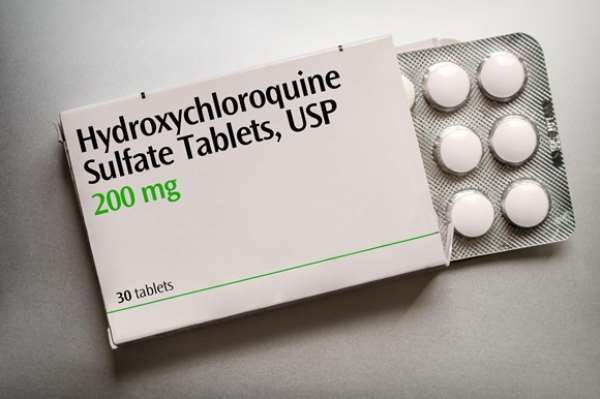 Most high school science students are familiar with the functions of red and white blood cells. The white cells help fight off infections and other foreign invaders of our bodies. But sometimes, white cell cells overdo it, killing its own cells before infections spread to other organs. This is the advanced study of Cytokines.

Chloroquine is not the super drug against the activities of cytokine storms. Other drugs and steroids cortisone have been administered.

In cases where Chloroquine is already effective in treating malaria, lupus, juvenile arthritis, and others, if influenza flu or coronaviruses hit, it may be the early drug of choice. But not in later stages of Preexisting conditions: hypertension, diabetes, and obesity where drug interactions may make the situation worse. This may be one of the reasons for the strenuous objection to Chloroquine for the treatment of COVID-19.

Cytokines are small secreted proteins released by cells with some specific effect on the interactions and communications between cells.

Therefore, cell immediate response to foreign bodies is to eliminate or kill themselves as a protective mechanism so the disease doesn’t spread to other cells.

Certain kinds of cytokines trigger cell death. When you have many cells doing this at the same time, a lot of tissue can die. In COVID-19, that tissue is mostly in the lung.

As the tissue breaks down, the walls of the lungs’ tiny air sacs become leaky and filled with fluid, causing pneumonia and starving the blood of oxygen. Some patients recovered after receiving infusions of the rheumatoid arthritis drug Actemra, which blocks the cytokine Interleukin (IL-6) receptor, as one of several that soar in the COVID-19 cytokine storm.

When the lung becomes greatly damaged, respiratory distress syndrome follows. Then other organs start to fail. COVID-19 patients die from other problems too, like heart arrhythmias but Preexisting conditions make situations worse.

An exaggerated immune response to a new virus, bacteria, or another substance that is foreign to the body is, most of the times the cause. The symptoms of a cytokine storm are high fever, swelling and redness, extreme fatigue and nausea. At the same time, there can be organ failure like lung failure, Acute Respiratory Disease Syndrome, kidney failure, cardiovascular collapse or shock.

Before anti cytokine storms, studies indicated it may be possible to head off the storm altogether by blocking some of the chemicals that can trigger its release, which are called catecholamines. Catecholamines help the body respond to stress or fright and prepare the body for "fight-or-flight" reactions. The adrenal glands make large amounts of catecholamines as a reaction to stress. The main catecholamines are epinephrine (adrenaline), norepinephrine (noradrenaline), and dopamine.

Aldosterone affects the body's ability to regulate blood pressure. It sends the signal to organs, like the kidney and colon, that can increase the amount of sodium the body sends into the bloodstream or the amount of potassium released in the urine.

While some medical researchers label it a genetic predisposition, others have blamed the hostile environment against Africans in Diaspora as the cause of higher stress than others. But such blame does not explain the susceptibility to the same fatal diseases in Africa.

Anyway, most scientists would first prefer good nutrition before treatment. Luckily, most African foods are "organic food" closer to the farms. But the acquired exotic tastes of processed foods from foreign countries makes it worse. Ironically, "organic foods" are expensive overseas.

Patients who were taking medications that block the release of catecholamines -- as some kinds of blood pressure drugs do, early before their diagnosis, were about 20% less likely to need to be placed on a ventilator after their diagnosis, compared to others, an effect that was statistically significant. Therefore, finding the effective prophylactic or therapeutic agents would help to control a pandemic of avian influenza (in A H5N1) viruses.

Previous reports have demonstrated that the high mortality in humans infected with avian influenza A H5N1 is partly due to acute lung injury or the result of severe condition: Acute Respiratory Distress Syndrome (ARDS). There are few treatment choices for ARDS, aside from mechanical supporting equipment and experimental treatments. The use of cortisones is controversial.

Even histamine inhibits the release of Tumor Necrosis Factor (TNF), in a dose-dependent manner by stimulating the synthesis and release of IL-10. Chloroquine acts to raise the lysosomal pH, leading to the inhibition of both the fusion of autophagosomes with lysosomes and lysosomal protein degradation. However, most government-sponsored clinical trials have shown insufficient prophylactic effects against influenza infection, which is consistent with other studies.

To test this, they have focused efforts on chloroquine (CQ), as CQ is the only oral clinical drug that is known to be an autophagy inhibitor7. Currently, CQ and its hydroxyl form, HCQ, are used as anti-inflammatory agents for the treatment of rheumatoid arthritis, lupus erythematosus and amoebic hepatitis.

If Chloroquine could be effective for some people in the earliest stages of Covid-19, what about those with Preexisting conditions already in the later stages? Fatal diseases or flu like Covid-19 take more African Lives in Europe and America with high casualties in Africa as seen in Ebola.

Though, Nigeria found that Madagascar “CVO reduced cough frequency with the maximum dose tested, producing an effect equivalent to that produced by the centrally acting cough-suppressant, dihydrocodeine,” . https://www.aa.com.tr/en/africa/nigeria-madagascars-herbal-drink-cannot-cure-covid-19/1915948

Anyway, Russia has approved the first World Immunization by skipping stage Three Trial for wide testing. It has to be confirmed worldwide and the World Health Organization for its efficacy. Otherwise, it might turn out to be another Madagascar bubble before the USA November Election.