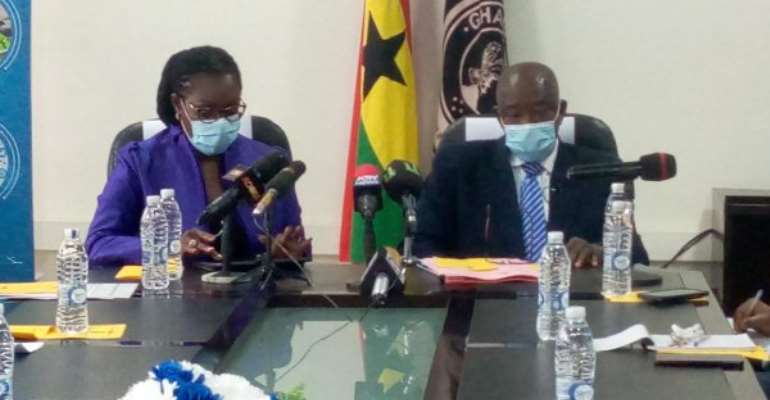 Commissioner of Police (COP) Isaac Ken Yeboah, Director-General of the Criminal Investigations Department (CID) has announced the arrest of all suspected murderers of Marcus Mawutor Adzahli, the late Sogakope Assemblyman.

He said all the suspects confessed to having been part of the robbery operation and the murder of the late Assemblyman.

This was disclosed at a press briefing held at the CID Headquarters in Accra on Monday.

The Director-General said the armed robbers on July 5, 2020 at about 0100 hours, robbed a house at Old Ningo and made away with a number of items including two motor bikes of which one had a tracker, which led to their arrest.

COP Yeboah said Richard Adichere, alias Wofa, 23, a mason from Ada confessed and admitted his involvement in the robbery as well as the murder of Mawutor in Sogakope, on March 01, this year.

The Director-General said Stephen Adibolo alias “Cheko” a mechanic, 29 years, also confessed shooting Mawutor in his chest when he tried to struggle with him.

“Emmanuel Edzro, 25 years of age, a motor rider hatched the plan to rob the house of the Assemblyman. He informed Richard and went ahead to show them the location of the house; the entrance and exit points around the house but was not present at the scene on the day of the robbery,” he said.

COP Yeboah said Michael Sam, 29, from Ashaiman confessed to having been recruited by Stephen Adibolo who took part in the operation; “Obed Agorlu, 21, was also brought on board the team by Adibolo, who also carried a locally manufactured pistol during the crime.”

It was reported that Adibolo, Sam and Agorlu used three cement blocks to break the main door and used same to break the safe that contained money.

He said Adichere admitted deflating the tyres of the vehicles in the house to prevent anybody using the vehicle to chase them and that they left the scene on a motor bike, shared the booty and bought another weapon.

COP Yeboah said three guns, one pump action gun and two locally manufactured guns used in the operation had been retrieved including the new one they bought after the operation on August 10 at Sege.