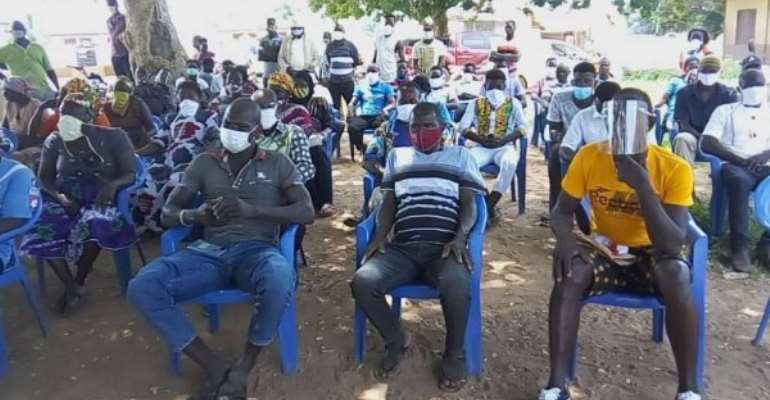 A total of GH¢1.1 million Microfinance and Small Loans Scheme (MASLOC) has been disbursed to some 44 individuals and groups in the Krachi East Municipality of the Oti Region.

Mr Samuel Mawusi, Deputy Oti Regional Director of MASLOC, said the scheme was the government's intervention programme to reduce poverty among the vulnerable group and cushion small scale enterprises to become the 'real engine of growth'.

He said the scheme was aimed at providing the financial inclusion for the targeted group, which otherwise had been excluded from the traditional banking system.

He said the disbursement of the loan to women across the country forms part of government social intervention to empower women to become self-reliant and be able to support their families and society at large.

Mr. Michael Yaw Gyato, Member of Parliament (MP), for Krachi East Constituency of the Oti Region, entreated beneficiaries to avoid using the money to expand the quantity of their pot of soup but rather expand their businesses to place them in a comfortable position to repay the loan.

The Legislature assured the beneficiaries that the government was committed to supporting vulnerable groups in this era of COVID -19 pandemic to assuage their sufferings.

Mr Gyato, also a Deputy Minister of Sanitation and Water Resources, said through his instrumentality and lobbying strategies "it is the first time women and other vulnerable groups benefited from the loan scheme in the Constituency instructing beneficiaries to invest the money into productive ventures."

Some of the beneficiaries who spoke with the Ghana News Agency (GNA) were grateful for the government intervention and assured they would use the money wisely and pay interest rate after six months so others could also benefit from the scheme.