Drowning remains principal cause of accidental death for children in France 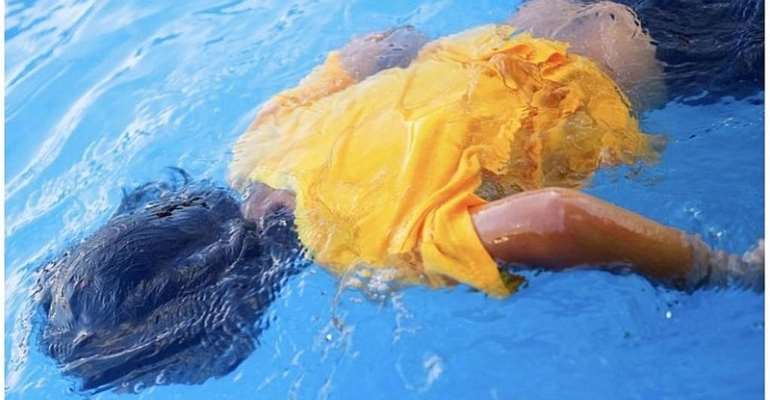 French health authorities reported a drop in the number of drownings over June and July compared to previous years, attributed in part due to pool closures during the Covid-19 lockdown. However, as a heatwave sweeps France, they are calling for vigilance, and warn that drowning remains the number one cause of accidental death for young people under 25.

Between the 1 June and 4 August 2020, France's emergency services reported 596 cases of people treated after accidents related to drowning, a figure recorded by Santé Public France, a body in charge of managing national health statistics.

However, the authorities have warned that despite the lower figures, the public must remain vigilant when it comes to water safety, especially in summer.

In June, France's sports minister Roxana Maracineanu, who is a former French swimming champion, urged for municipal pools to be re-opened quickly following the easing of lockdown, citing the fact that one in six French people do not know how to swim.

The closure of municipal pools, she says, meant that regular swimming lessons and water safety classes were cancelled during the lockdown and abandoned with the arrival of summer break.

The death toll from drowning in June-July 2020 was 109, according to the sports ministry, an increase compared to 96 in the same period in 2019. 88 of those deaths occurred in June.

Maracineanu expressed concern that the Covid-19 restrictions may have also pushed people to explore other options for swimming considered unsafe or unpatrolled.

47% are children under 6
At least one thousand deaths each year in France are from drowning, making it the first cause of accidental death among young people under 25, according to the French public health body.

According to their statistics, 47% of drowning accidents in June and July 2020 concerned children under the age of 6 and 12% were victims over 65, who often overestimate their physical condition.**

Authorities said the lower figures during this period can be attributed mainly to the Covid-19 lockdown which saw municipal pools and leisure centres closed until 22 June.

Beaches were also subjected to certain restrictions to prevent the virus from spreading, and were therefore generally less busy.

Slowdown on international tourists
The reduction in the number of drownings can also be attributed to the fact that there are less foreign (non-EU) tourists travelling to France for the summer due to Covid-19 border closures.

Santé Public France suggested that the weather had also played a part in the lower number of drownings, saying that conditions were less favourable in June and July 2020 than in the two previous years.

However, the sustained heatwave-like conditions which have swept across France since 6 August will most likely affect the future statistics, as people turn to nearby water sources to cool off, notably the rivers in the Paris region – La Seine – L'Oise – La Marne – where swimming in unpatrolled and often dangerous areas, has increased.

Three deaths in 24 hours
Adrien Taquet, the government minister in charge of Childhood and Families reminded parents of their responsabilities in terms of keeping an eye on children near water, but also referred to the necessity of supporting the state-run water safety and swimming lessons ('Asiance Aquatique'), a programme launched by the sports minister.

He made the comments during a visit to the central French town of Fondettes (Indre-et-Loire) on 28 July, following the tragic accidental deaths of three young children by drowning in the space of 24 hours in the same region.

*The definition used by the health body for drowning is based on the one given by the World Health Organisation which describes any case in which a person has trouble breathing after having been immersed in water.

**Santé Public France does not take into account the number of victims treated in intensive care nor those victims who died at the site of their accident, a figure which represents half of all drownings according to a study in 2018.