Flights resume out of Libya's Tripoli 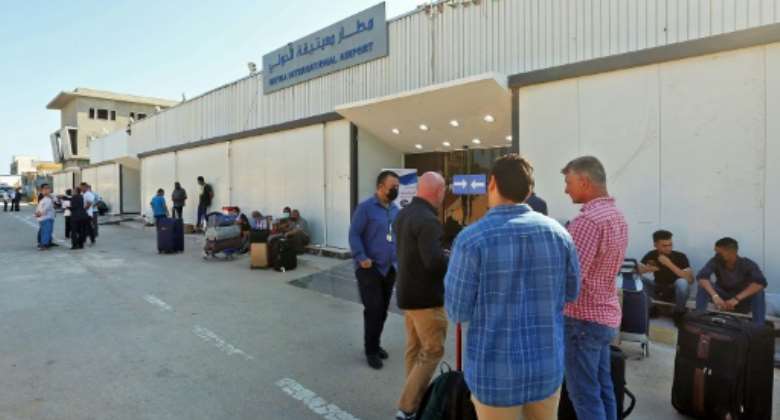 Flights out of the Libyan capital's only working airport have resumed, after a four-month suspension due to fighting and a shutdown to curb the coronavirus pandemic.

The first flights took off Sunday from Mitiga airport in Tripoli's eastern suburbs, but services have so far been limited to outbound flights by Libyan airlines.

On Tuesday, two flights were scheduled for Turkey, operated by Buraq Air and Afriqiyah Airways.

Before the closure, Mitiga was repeatedly attacked since forces of strongman Khalifa Haftar launched a failed offensive last year to seize Tripoli.

Health measures to help stop the spread of the novel coronavirus were in place for passengers leaving Libya.

Passengers were instructed to turn up five hours before departure and to wait outside the terminal until check-in desks opened.

Wearing a mask and medical certificates have been made compulsory.

Mitiga, originally a military air base, was opened to civilian traffic to replace Tripoli International Airport, badly damaged during fighting in 2014.

Libya has been in chaos since a Western-backed uprising toppled dictator Moamer Kadhafi in 2011.

Eastern-based military commander Haftar launched an offensive in April 2019 to seize Tripoli, headquarters of the Government of National Accord (GNA).

After more than a year of clashes, forces loyal to the UN-recognised government have expelled Haftar's troops from much of western Libya.