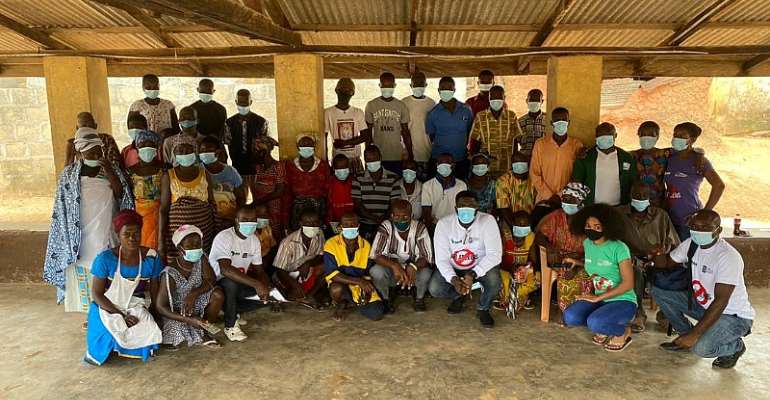 About 50 Agric Extension Officers in the Central Region have benefitted from a ‘Trainer of Trainers’ sensitization project undertaken by the Ghana Standards Authority (GSA) on the dangers and management of the Aflatoxin menace.

The programme, fall in line with the National Aflatoxin Sensitisation and Management (NASAM) project supported by the Alliance for Green Revolution Africa, (AGRA) to educate farmers, agric officers on best practices in the fight against Aflatoxin.

Aflatoxins are a family of toxins produced by certain fungi that are found on crops such as maize (corn), peanut, cottonseed, and tree nuts.

The main fungi that produce aflatoxins are Aspergillus flavus and Aspergillus parasiticus, which are abundant in the warm and humid regions of the world.

The sensitisation is an all-inclusive agricultural transformation programme targeted at food safety and security through increased awareness creation about aflatoxins, their impact, and management techniques.

Mr. Derry Dontoh, Head of Histamine and Mycotoxins Lab of the GSA led the discussions on the management of Aflatoxins management.

It was followed by Mr. Nathaniel Brako, a Scientific Officer with the GSA, who demonstrated on Aflatoxin Standards.

The team was also accompanied by the Business Development Manager of GSA, Mr. George Anti.

The team also embarked on a community tour in the Central Region in areas like Kwaprow, Elmina, Mankessim, Kissi, and Brabedzi.

They further engaged and had interactions with over 250 farmers who mainly grow cereals and grains.

The education on Aflatoxins has been offered as an eye-opener for all those who fall within its value chain.

From the Central region, the ‘Trainer of Trainers’ campaign will be extended to the Western region and the newly created Western North region. 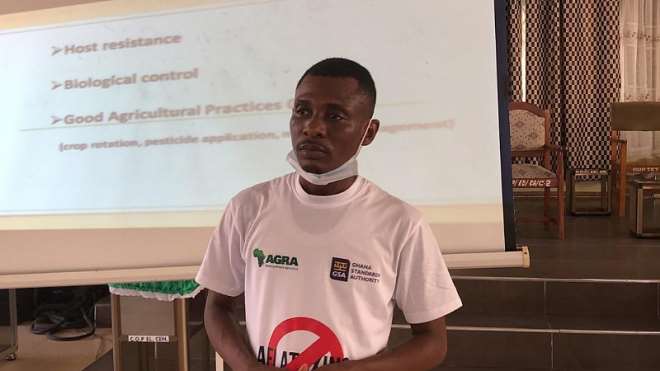 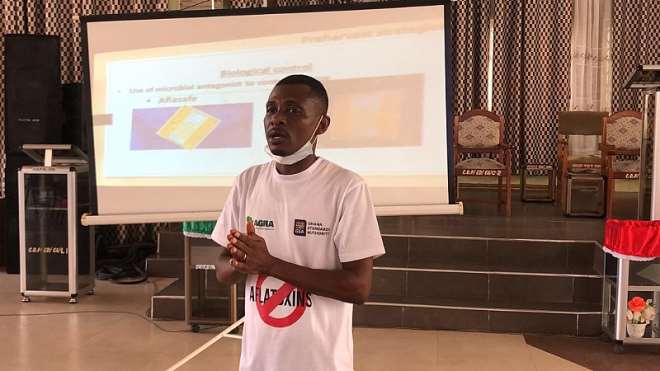