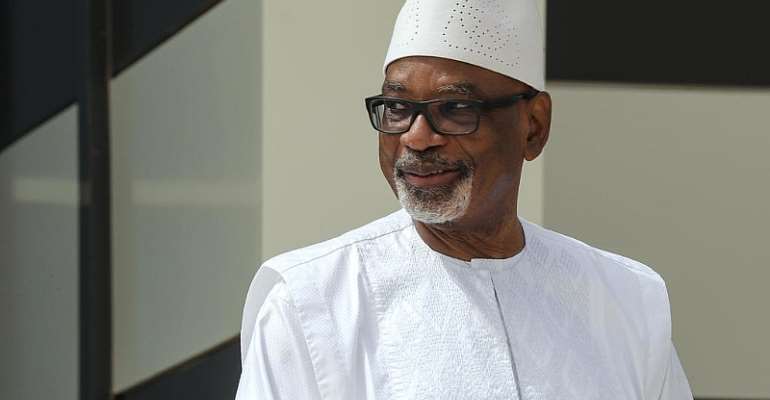 Nine new members of Mali's constitutional court were sworn in on Monday during a ceremony attended by President Ibrahim Boubacar Keita and former Nigerian President Goodluck Jonathan, who leads mediation by the Ecowas regional bloc. The constitutional court was at the heart of a crisis in Mali leading to a widespread protest movement calling for the resignation of President Keita.

A plan put forward by the Ecowas mediation team calls for the 30 MPs, as well as parliamentary president, to step down until partial elections for those constituencies can be held again.

The dismissal of MPs from certain constituencies by the court previously was one of the key tenets of the opposition protest movement, as well as alleged corruption within the government and ongoing insecurity in the country.

The opposition M5-RFP group, the 5 June Movement – Rally of Patriotic Forces, a coalition of civil society and opposition groups, had rejected the proposals tabled by the West Africa regional bloc following a high-level visit by several presidents to Bamako.

Efforts to solve a standoff between the authorities and the opposition were led by Goodluck Jonathan, with his mediation team shuttling back and forth between the government and protesters, attempting to find a compromise.

Satisfy opposition demands?
Reconstitution of the court was a key pillar to the Ecowas' mediation, but the move has not stopped the opposition and Imam Mahmoud Dicko, one of the central figures in the protest movement, from calling for more protests in Bamako on Tuesday, to “put pressure” on the government, according to correspondent Daniel.

Jonathan said the reconstitution of the court was an “important step in the roadmap” drawn up by Ecowas. The plan also urges the formation of a government of national unity and a commission of inquiry into the violent crackdown on protests on 10, 11 and 12 July. Jonathan is back in Bamako to “engage stakeholders on the implementation of the decisions and roadmap”.

Three of the new constitutional court judges have been selected by President Keita, three by Moussa Timbiné, the parliamentary president, and three by Mali's judicial council.

Amadou Touré was elected by his peers as president of the constitutional court, according to journalist Daniel. Touré is currently chief of staff to the prime minister and previously served as anti-corruption prosecutor, auditor general and ambassador to Cote d'Ivoire, according to reports from local media.

Depoliticising the court
Analysts question whether the newly formed constitutional court will help defuse the demonstrations and please the opposition.

“This will only anger the opposition further, as three justices were named by the head of Mali's national assembly, who under Ecowas recommendations should have resigned already,” said Andrew Lebovich, an expert on the Sahel at think-tank European Council on Foreign Relations.

“I do not think these appointments will depoliticize the court, either in practice or in the eyes of the M5-RFP,” said Alexander Thurston, a specialist on Mali at the University of Cincinnati.

Thurston said on his Sahel Blog that choosing Touré, someone working within the executive branch for the prime minister, to head up a judicial institution, that is the focus of protests, is “not really a good look”.