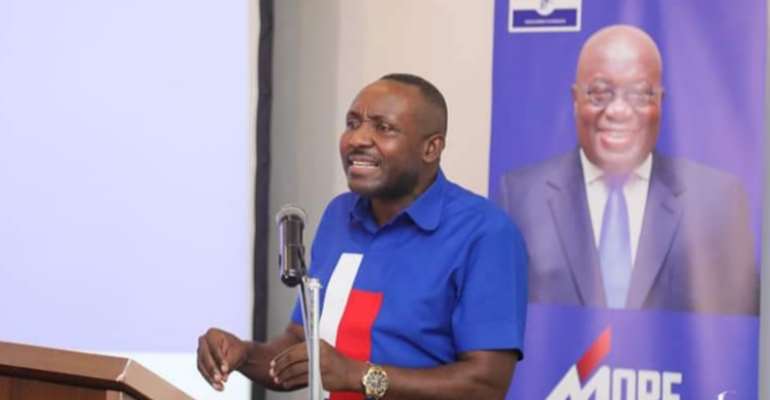 The flag bearer of the opposition NDC, John Dramani Mahama has been asked to render an apology to Ghanaians after conceding the just ended voter registration exercise was successful.

The governing NPP called out the former President for earlier chastising the Electoral Commission and accusing President Akufo-Addo, and the party for some violence conducts and the deployment of the military to the Volta, Oti and Bono regions to prevent Ewes from acquiring a voter ID.

Mr. Mahama after the exercise admitted the voter's registration met his expectations justifying the registration process was fruitful.

General secretary of the NPP John Boadu at a press conference in Accra to assess the exercise said the former president must apologize to Ghanaians describing his earlier comments as ethnic sentiment raise through the exercise.

"Happily, ladies and gentlemen, in a reported Facebook live session held on tour in Kete Krachi, the leader of the NDC, John Mahama, having initially bastardized the voter registration, has now conceded that the exercise has been successful. So, we, in the NPP expect him to apologize to the nation for the dangerous ethnic sentiments he raised, jeopardizing the security of the state with unwarranted attacks," John Boadu stressed.

According to the NPP’s Chief Scribe, the pronouncements of the former President were ill-motivated to cause political tensions in the country.

“His actions which were mirrored by the leadership of his party unduly created fear and raised political tension in the country. Certainly, Ghanaians didn’t deserve this from an immediate past President of this great country who is again seeking the mandate,” he added.

However, the NPP maintained that the just-ended registration exercise was successful amid the pockets of violence recorded in some areas.

The NPP also accused the NDC of aiding 66 Ivorians to partake in the registration with the help of Aseidu Nketia, General Secretary of the NDC.