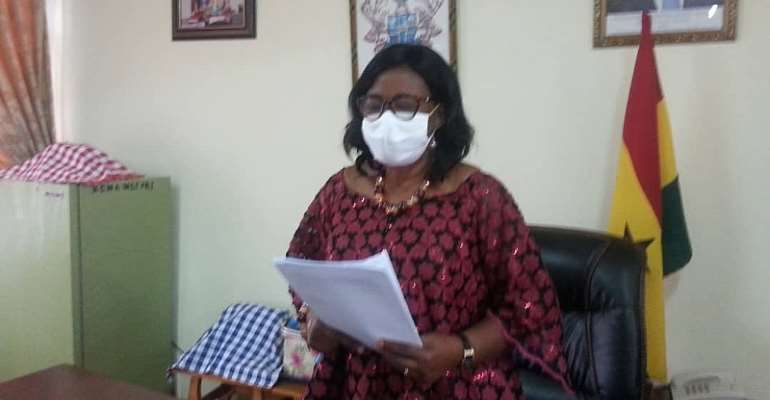 The Presiding Member for Birim Central Municipal Assembly, Mr. Castro Asumadu Addae has called on government through the Ministry of Local Government and Rural Development to initiate a process to make Assembly Members receive a monthly allowance from the Central Government.

According to him, the Assembly Members serve as agents for development in their electoral areas, attend programmes which are organized in the Municipality by both the central government and Assembly as well as donating items to the marginalized persons.

Mr. Asumadu Addae made these statements at the First Ordinary Meeting of the First Session of the 8th Assembly at Akyem Oda.

He indicated that since they do not receive monthly allowance, it makes them unable to perform the aforementioned duties effectively to enable them acquire the needed projects for their electoral areas to improve the living conditions of the people.

In another development, the Municipal Chief Executive (MCE) for Birim Central Mrs. Victoria Adu said the assumption of office by President Nana Addo Dankwa Akufo-Ado has made the Municipality recorded a number of developmental projects in the areas of education, sanitation, health, roads and among others.

On education, Mrs. Adu said Assembly has been able to complete a number of GETFUND Classroom Blocks to address the school infrastructural challenges confronting the Municipality.

On District Assembly Common Fund Projects, Mrs. Adu said the Assembly has awarded 8 projects on contract and out of the said number, 3 of them have been completed while the rest are on-going.

Mrs. Adu also touched on government’s flagship programme and said since the pragramme came into being, it has helped to create direct and indirect jobs for many people in the Municipality and hinted that through the proactiveness of the Municipal Director of Agriculture and Management’s commitment to the development of Agriculture in the Municipality, the Assembly is also benefiting from 200,000 oil palm seedlings worth GH¢2000.000.00 from the sustainable Livelihood Project spearhead by government through the Minerals Commission.