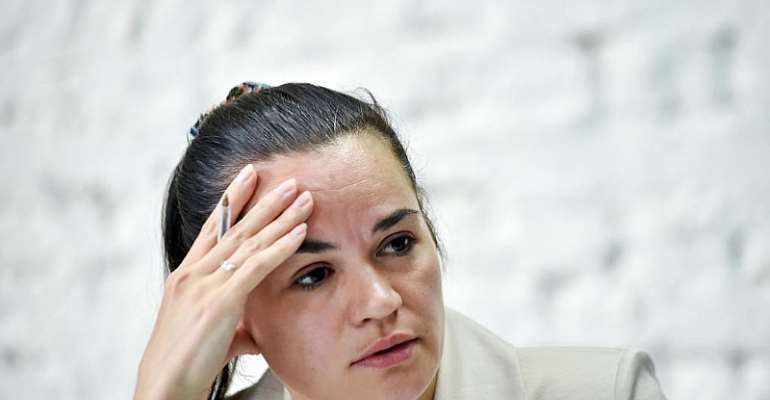 The main challenger in Belarus's disputed presidential election had fled to Lithuania on Tuesday after a second night of street clashes between police and opposition supporters left at least one protester dead.

Svetlana Tikhanovskaya, who has claimed victory over authoritarian President Alexander Lukashenko in Sunday's vote, has arrived in the neighbouring country and is safe, according to the Lithuanian foreign minister Linas Linkevicius.

Lithuania has a history of granting refuge to Belarusian and Russian opposition figures.

Tikhanovskaya's whereabouts had been unclear after campaign staff said they had lost contact with her and there had been concern for her safety.

A second night of violent clashes

Her departure for Lithuania followed demonstrations on the streets of the capital Minsk for a second night on Monday, after authorities said longtime ruler Lukashenko had secured a sixth term with 80 percent of the vote.

Tikhanovskaya officially came second with just 10 percent. Protesters are backing her claim to have won the election.

For the second night in a row, police used rubber bullets, stun grenades and tear gas to disperse demonstrations, as protesters fought back with stones and fireworks and built makeshift barricades.

Lukashenko's opponents are organising running protests against his regime, and there have been calls for a nationwide strike.

Western governments have widely condemned the police crackdown, with some in the European Union suggesting the bloc may reimpose sanctions on Lukashenko's regime that were lifted several years ago.

The White House said it was "deeply concerned" by the violence, adding that "intimidation of opposition candidates and the detention of peaceful protesters" were among numerous factors that had marred the election and its aftermath.