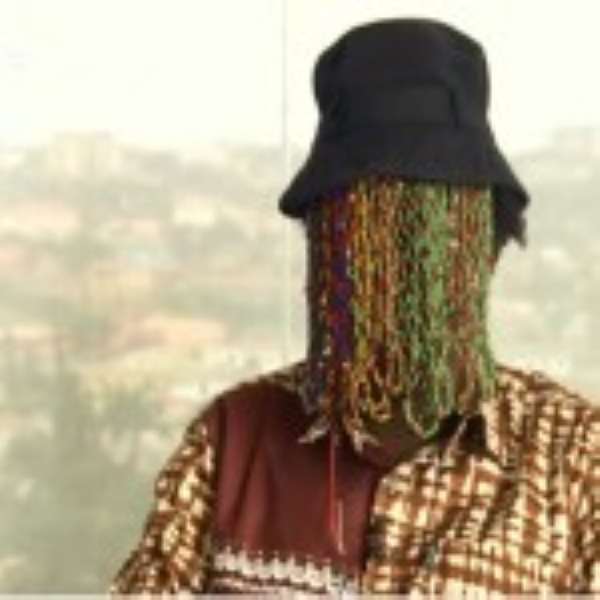 Oh ye greedy people of the land, expect no development save deprivation and destitution. One person wants to amass what belongs to us all. This greedy person does so damningly the repercussions.

Hmm, as I watched Anas' exposé on the sales of PPE, I wondered if the pervasive corruption in our country is curable. When we talk about corruption, everyone quickly turn to the political class. But the truth is that, the interphase between citizens and essential services such as health care, etc, is normally the career civil/public servant.

If a Ghanaian wants to meet a doctor for a surgery for example, you find health workers asking for cuts in order to give you priority to see the doctor. Others who are not able to afford cuts/bribes, are unduly delayed. So here, is the politician or the professional who's causing the damage?

The president has in spite of our challenges, managed so well to procure PPE for health workers to use but a few greedy ones decide to sell these limited but essential resources, for their private benefits.

Now let me segregate the two characters in the Anas Aremeyaw Anas film I just watched and analyse them as below.

He uses the name of the hospital to procure PPE and sell for his private gains. I read from some friends who contended that, he did no wrong because he didn't steal the items. That's amazing. Now consider the following issues -

a. According to the company that sells the PPE, they only sell to institutions and not individuals who want to make supernormal profit on the items. There's wisdom in this because such a critical resource as PPE, should not be left for individuals to profiteer from them as their shortage and hoarding, could lead to lives being lost. As greedy as we are, the selling company knows that, if they should allow private individuals to buy and sell, there are many greedy people who put no value on human life, who would buy and hoard the items in order to increase the price for their pockets. This is the wisdom underlying the company's decision to only sell to institutions. Character 1 however, knowing the company's, and using his office, which is a public, managed to surreptitiously, procure the items and sold them for his private under the name of the hospital. That's a grand deception! If as a people, we don't find anything wrong with this dishonest conduct and a glaringly abuse of office, repugnant, then we might as well forget the fight against corruption and all its variants.

b. Another issue is that, and I have read from the statement of the Ridge Hospital, his conduct was an egregious violation of his code of ethics and conduct. According to the hospital management, it's forbidden for anyone to engage in the sales of healthcare consumables and anyone doing this, is in breach of the rules and regulations of the hospital. Here, we can see another scenario of this man, using the public space for his private gains.

Aside from breaching the code of conduct of the hospital, which has landed him a suspension, he's again abusing his office which is highly condemnable. Just imagine if a Minister were to use his office to run 'private' but illegal business, how we all would have crucified such a minister and yet, because the character who has been busted here is not a politician, we find ways to make it look less a crime. Oh Ghana, let's root out wrongdoing entirely if we aspire to become the Germanys, the Frances, the Britains, the Chinas, etc.

As for character 2, he's undoubtedly a greedy thief. He sold out PPE that had been procured for the hospital. Due to shortages, the hospital decided to improvise by starting an internal production of this critical PPE. Unshaken by the circumstances that have led to the improvisation by the hospital, this greedy man delves into the internally produced PPE stock and voraciously sell them out without caring about the repercussions of what he has done for his colleagues' doctors, nurses, etc. This is the kind of decay that has permeated every facet of our lives as a nation.

Yes, this exposé wasn't extensive in terms of the number of busted individuals or coverage but it certainly awakens our guards. How efficient can we store and track the scanty PPE we have from being devoured by greedy people? I'm without doubt that, if Anas had gone further, many people would have been caught within this net.

But as Kofi Annan said while praising Anas, "sometimes you need just a spark, and Anas has provided us that spark".