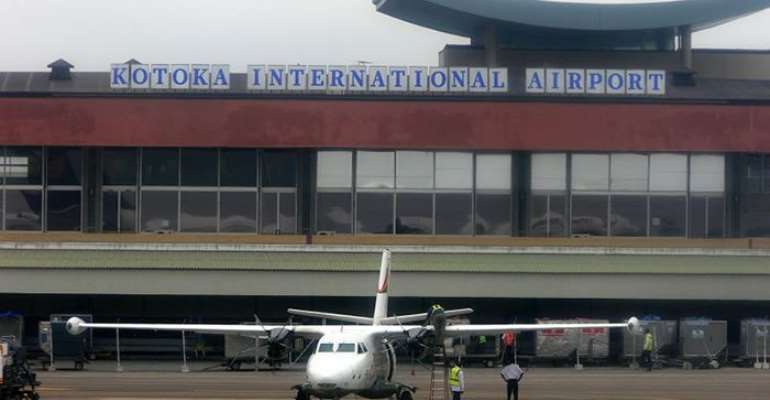 Management of the Ghana Airport Company Limited (GACL) has debunked claims by former President John Mahama that the government intends to sell-off the facility to a foreign company.

It has also described as incorrect, the opposition National Democratic Congress (NDC) flagbearer’s assertions that some US$600 million was invested in the Kotoka International Airport.

In a release sighted by Citi News, the management of GACL noted that the said amount quoted by Mahama may be referring to funding for projects in all airports including Tamale and Ho Airports.

“Claim by Mr Mahama that an investment of $600 million was made at Kotoka is incorrect. The amount may be in reference to funding of projects in all airports including $130 million runway project at Tamale Airport and $25 million new airports in Ho.”

Again, the management says it has met its loan repayment obligations contrary to claims made by Mahama.

“The claim that the GACL has been unable to service the syndicated loan facility is untrue. To date, GACL has met its repayment obligations under the loan facility,” the statement noted.

It adds that the government has extended its COVID-19 Relief Programme to support the Ghana Airport Company Limited.

“In conclusion, management of GACL would like to assure the general public that Kotoka International Airport is NOT FOR SALE. The vision of making Ghana the Preferred Aviation Hub and leader in Airport Business in West Africa remains a priority”, authorities indicated.

John Mahama expressed disapproval to what he claimed was an attempt by the government to hand over 66% share of the Kotoka International Airport to TAM-SUMMA Consortium, a Turkish company.

According to him, such a move by the government is wrong and must be stopped.

In an interview on Woezor TV on Sunday, the former President said while the NDC administration was in power, its valuation report showed that the airport was valued at about GH¢5 billion and so it's strange that the government intends to cede 66% of its control of the airport to the private company in exchange for $70 million.

“When we were in office, a valuation study of the Kotoka Airport was done and it was valued at over GH¢ 5 billion. It also had an insured value in the region of GH¢3 to GH¢4 billion because a lot of money had been invested in the airport and it had become one of the five best airports in Africa.”

In July, the Aviation Ministry revealed that the Ministry is considering “a proposed Strategic Partnership Arrangement between GACL and TAV-SUMMA Consortium to improve service delivery and expansion of infrastructure at the Kotoka International Airport to achieve Government's vision of making Ghana the Aviation Hub within the West African Sub-Region”.

The Ministry further disclosed that Executive Approval had been granted by President Nana Akufo-Addo for the Ministry to facilitate the engagement of the Strategic Partners.

The announcement has since received criticisms from various quarters, including the Minority in Parliament and the Public Services Workers Union (PSWU).