Jane Naana Won't Champion The Cause Of Women — Ken Agyapong 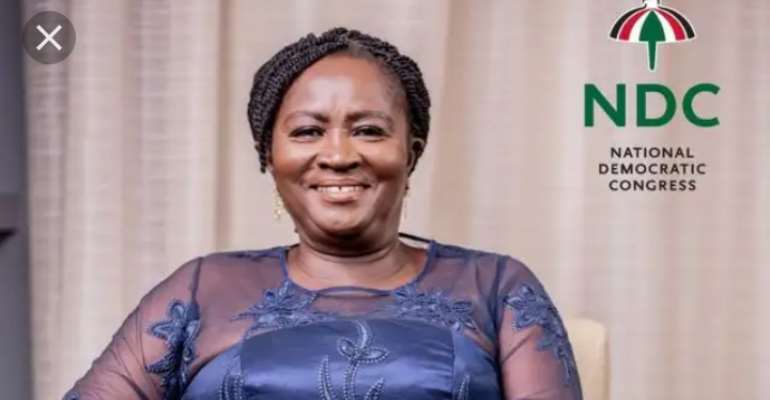 The nomination and subsequent confirmation of Prof. Naana Jane Opoku Agyemang was hailed by many gender activists as a positive omen for our country. While some saw it as a political strategy just to win votes, others also felt it has demonstrated and showcased Ghana as a country that has chalked a lot of success in gender mainstreaming.

Those who happy about that decision to nominate her as the vice presidential candidate of the NDC; were of the view that Prof. Naana Jane Opoku Agyemang would champion the course of women when the NDC wins the December 7 election.

However, the outspoken NPP Member of Parliament for Assin Central, Kennedy Ohene Agyapong has rubbished this position. He argues that "When Prophet Nigel Gaisie raped Mzbel, it was Prof. Naana Jane Opoku Agyemang who went to plead with Mzbel not to take action against the Prophet."

According to Mr. Agyapong, is that how someone who would fight for women's right should behave. He continued that, "for nothing at all, if a lady has been raped it ought to have been the interest of Prof. Naana Jane to rather assist Mzbel to take action against prophet Nigel and not to plead for the prophet. Those who think she is going to champion the course of women should know that she wouldn't and this is her record."

The Assin Central Member of Parliament was speaking to Kwaku Annan of Net2tv Monday, 10th August, 2020.

Explaining how he came by this information, Mr. Agyapong said the matter was already in the public domain. "Initially Mzbel agreed to speak to Net2 TV but was prevailed upon by the NDC to stop. When I called her, she was not picking my calls but now she has spoken".

He ended by saying that, the issues have overwhelmed Mzbel to the extent that she is now spilling the beans in the open. According to the lawmaker, Prophet Nigel Gaisie has slept with a lot of women including celebrities and married women.