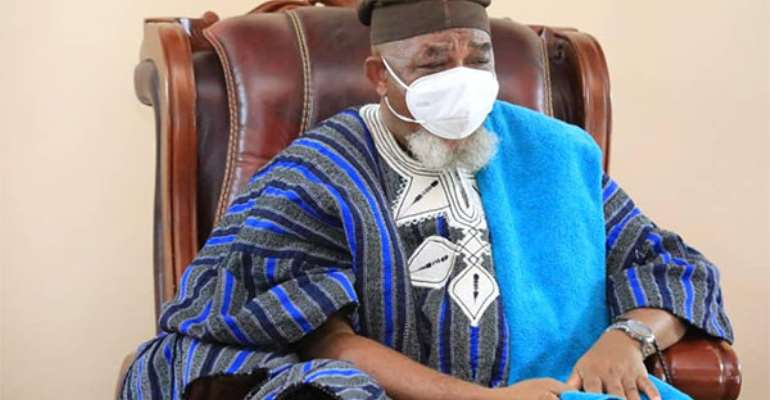 The Paramount Chief of the Talensi Traditional Area, Tongrana Kugbilsong-Nanlebgtang, has commended President Akufo-Addo and his government for the construction of the Pwalugu Multipurpose Dam and Irrigation Project.

President Akufo-Addo, according to the Paramount Chief, “is the first President to have cut sod for the construction of the multipurpose dam, and for that matter, needs commendation. My people and I cannot thank him enough.”

Speaking at a meeting held on Sunday, 9th August 2020, when the Director General of NADMO together with his officials called on him at his palace in Tongo, Tongrana Kugbilsong-Nanlebgtang said he is grateful to the President for the multipurpose dam because not only will it create employment for the youth in the area, it will also bring to control the perennial problems caused by the spillage of the Bagre Dam.

He also lauded the Director General of NADMO, Hon Eric Nana Agyemang Prempeh “for the good work they are doing for mother Ghana especially in the time when the novel COVID19 has taken the centre stage of everything.”

The Director General called on him to respectfully urge his people living near the banks of the black and white Volta Rivers to move to higher grounds.