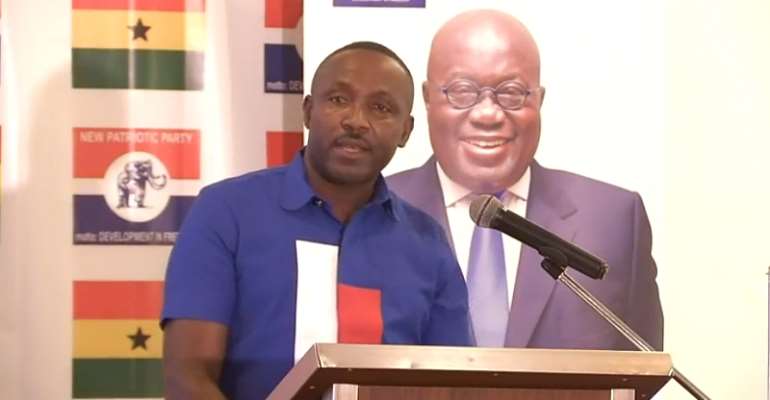 The General Secretary of the governing New Patriotic Party (NPP), John Boadu says President Akufo-Addo will not do anything to endanger the peace of the country ahead of the December General Elections.

He thus urged Ghanaians to ignore the contrary claims by the flagbearer of the opposition National Democratic Congress party, John Dramani Mahama.

The NDC’s flagbearer for the 2020 presidential polls said the Akufo-Addo government has put Ghana on a “slippery slope of chaos.”

Mr. Mahama in an interview with Woezor TV, on August 9, 2020, said some of the comments by leading members of the Akufo-Addo government and the deployment of the military to some border communities smack of deliberate attempts to divide the country.

“The way things are going, we see vigilantes, thugs and intimation and harassment, we are on a slippery slope towards chaos and we need to arrest that…We will bring things to normal.”

“Never before have I witnessed a situation where we have become so disunited…In all governments I have seen, every leadership makes an effort to bring us together. Unfortunately, I see signs of cracks in the unity and oneness of our nation and it looks like this current administration is deliberately fueling that. Utterances of some of the leading members of the ruling party have been most unfortunate,” John Mahama remarked.

But addressing a press conference organised by the NPP today, Monday, August 10, 2020, John Boadu said: “Akufo-Addo has been instrumental in maintaining peace and tranquillity in this country including Dabgon since he came into office. He will be the last to want to disturb the peace the country is enjoying. We must therefore completely and totally reject Mahama’s hate for votes campaign and look for the real facts.”

“The fact tells us that at the end of the mass registration exercise, the Volta Region was among the highest performing regions and there is also no evidence that there was an eligible registrant in the Volta Region who has been denied the opportunity to register. Let us not allow John Mahama to fool us with his hate for the vote”.

He further added that Mahama’s allegations cannot be supported by the facts on the ground.

“John Mahama’s allegations that the more soldiers were deployed to the Volta Region to ostensibly intimidate Voltarians cannot be supported by facts. The facts are that the military was deployed months ago to patrol our borders for a variety of security-related reasons, including prevention of terrorism and enforcement of COVID-19 preventive protocols.”