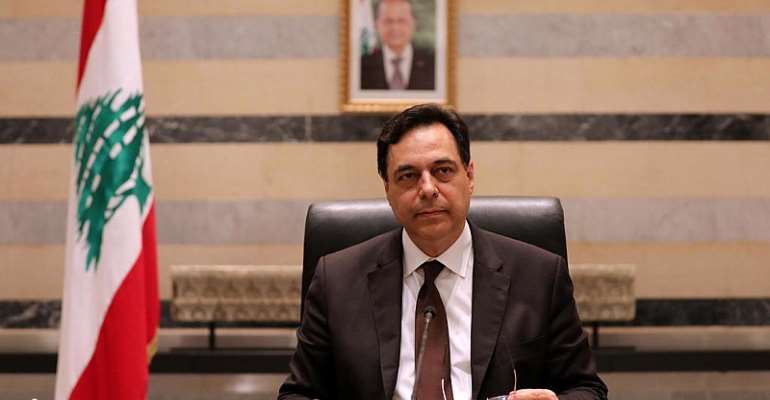 Lebanese Prime Minister Hassan Diab was due to announce his government's resignation on Monday in a bid to quell public anger at last week's deadly Beirut port explosion. The decision came after four ministers quit over the 4 August blast that left at least 160 dead and devastated swathes of capital.

Finance Minister Ghazi Wazni joined the growing list of departures from Lebanon's government on Monday, becoming the fourth official to quit over the deadly port blast after the ministers for justice, information and the environment stepped down earlier.

Wazni's resignation brought the entire government of Prime Minister Hassan Diab to the brink of collapse and pushed the Lebanese premier to announce the resignation of the entire cabinet at a ministerial meeting on Monday afternoon.

At least nine lawmakers also announced they would quit in protest, along with two senior members of the Beirut municipality.

An official told reporters at the end of the cabinet meeting that the prime minister would head to the presidential palace to “hand over the resignation in the name of all the ministers.”

Protests were planned outside the government headquarters to coincide with the cabinet meeting after large demonstrations at the weekend that saw security forces fire tear gas at protesters.

Public fury
Anti-government protests in the last two days have been the biggest since October when demonstrators took to the streets over an economic crisis rooted in corruption, waste and mismanagement.

The Lebanese want heads to roll over last week's explosion, which killed nearly 160 people and wounded 6,000 others. The explosion was caused by highly explosive ammonium nitrate that was stored at Beirut's port for more than six years. Residents are asking how this compound used primarily as a fertiliser, was left unsecured at the warehouse for so long.

Lebanese pop star Mika added his voice to the chorus of outrage, writing an emotional letter to the people of Beirut.

The country's top officials have promised a swift and thorough investigation, but they have stopped short of agreeing to an independent probe led by foreign experts as demanded by the protesters.

The four ministers who resigned, did so after deciding they could no longer stand with a government that has shown little willingness to take the blame or to put state resources at the service of the victims.

"We need an international investigation and trial to tell us who killed our friends and all the other victims, because they might try to conceal the truth," said Michelle, a demonstrator in her early twenties during a second evening of protests on Sunday.

Catalyst for change
The 4 August blast, which drew comparisons with the Hiroshima H-bomb, was so enormous that it altered the shape of not only of Beirut's skyline but even of its Mediterranean coastline.

But it remains to be seen whether the disaster will alter Lebanon's political landscape.

Lebanon's rulers, many of them former warlords and militia holdovers from the days of the 1975-90 civil war, are widely seen as being more interested in self-preservation than in political reform.

Despite appeals from French leader Emmanuel Macron for "profound changes" and transparency, the ruling elite has shown more interest in his offer to raise aid money.

While Prime Minister Hassan Diab has vowed to hold snap parliamentary elections, many Lebanese are skeptical that this will lead to a tectonic shift. The country's sectarian based political system and electoral law bar independent candidates from running while ensuring the survival of the established political class.

Furnish us with Ejura committee’s report – Families of kille...
14 minutes ago