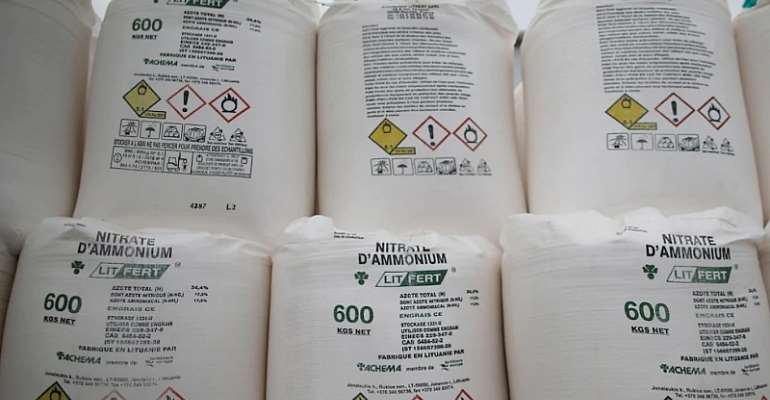 The Environmental Protection Agency (EPA) has asked companies that store ammonium nitrate to be mindful of accepted safety protocols.

The EPA’s notice comes after a stockpile ammonium nitrate detonated in the capital of Lebanon, Beirut, last week Tuesday.

In a statement, it directed “all concerned in the storage, handling and use of ammonium nitrate, to ensure that all safety requirements and protocols are strictly adhered to and the general public is advised to keep away from such storage areas.”

The EPA added that it has taken “immediate steps to ensure that all known designated storage areas of Ammonium Nitrate in Ghana are audited to ensure that safety and stringent storage practices are enhanced.”

More than 200 people are believed to have been killed by Tuesday’s devastating explosion in the Lebanese Beirut.

Officials in the country have said 2,750 tonnes of ammonium nitrate had been stored unsafely at a warehouse in the Port of Beirut.

The disaster was preceded by a large fire at the port.

That blast wave collapsed buildings near the port and caused extensive damage over much of the rest of the capital, which is home to two million people.

The explosion also left as many as 300,000 people were homeless.

Three cabinet ministers and several MPs in the country have since resigned.

Ammonium nitrate is a crystal-like white solid commonly used as a source of nitrogen for fertiliser.

It can also be combined with fuel oils to create an explosive used in the mining and construction industries.