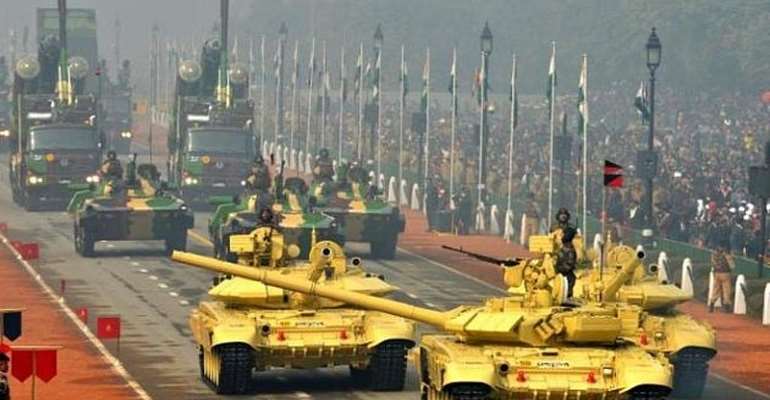 In a big push for domestic industry, India will ban imports of more than 100 types of military equipment in pursuit of Prime Minister Narendra Modi's goal of greater self-reliance.

India's defence minister Rajnath Singh announced a list of 101 items that the country will stop importing for its armed forces and will only procure all of these from domestic manufacturers.

So why is India banning imports?
For years India has been among the top three defence importers in the world. The government wants to reduce the dependence on imported items in defence and give a shot in the arm to the domestic defence manufacturing industry.

“This is a big step towards self-reliance in defence,” Singh said on Twitter. “This decision will offer a great opportunity to the Indian defence industry to manufacture the items. . . to meet the requirements of the armed forces.”

Last month, India had accelerated domestic and foreign purchase of weapons in the wake of a border clash between Indian and Chinese troops. The Defence Acquisition Council had then approved a collection of arms procurement projects worth $5.55 billion, including domestic efforts worth $.4.44 billion.

France, which delivered five of the 36 Dassault Rafale fighter jets to the Indian Air Force worth nearly €8 billion has been one of India's steadfast materiel suppliers for decades.

Defence analysts and experts pointed out that defence collaborations will continue despite the new order and the emphasis was not to be reliant on imported equipment in the list announced.

“The plant built under the Dassault Aviation and Reliance joint venture will enable, for example, the complete production of the Falcon 2000 business jet here in India by 2022,” said India's ambassador to France Emmanuel Lenain in a recent article.

“After the delivery of the first two Scorpene submarines, transfers of technology provided by the Naval Group enabled MDL to be solely in charge of building the next four submarines,” he said.

SIPRI pointed out that arms imports from Israel and France increased, by 175% and 715% respectively, making them the second- and third-largest suppliers during 2015-2019.

“France has notched up sales worth billions, which other than combat aircraft include light utility helicopters, submarines and missile systems,” writes defence expert Rahul Bed in 'The Wire'.

The list of weapons banned for import by India will be reviewed every year and more items will be added to it after discussions with the department of military affairs.

This implies India will have to compulsorily develop technology for the defence systems and platforms figuring on the negative import list.

Some MMDCEs will be approved in December because of controve...
4 minutes ago