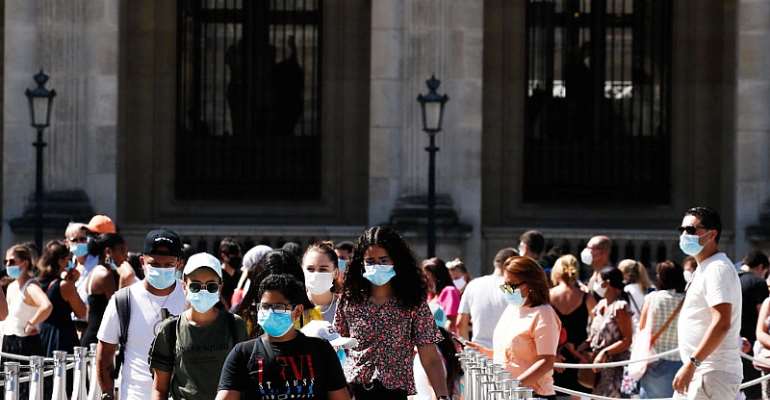 Face masks became compulsory in popular tourist areas in Paris on Monday amid warnings of a resurgence of coronavirus cases. The new regulations have been generally welcomed, despite some confusion about where you can and where you can't.

The mask requirement comes as France swelters in a heatwave, with temperatures soaring above 35 degrees Celsius.

People in Paris aged 11 and over are now required to wear the masks in crowded areas and tourists hotspots.

These include the banks of the Seine River and more than a 100 streets in the French capital, including tourist destinations like Montmartre, where the Sacre Coeur basilica is located.

There has been some confusion about the limits of the compulsory face mask zone, as some streets which mark the border between administrative areas remain mask-free on one side.

The authorities have called for understanding and common sense.

"All the indicators show that since mid-July the virus is again circulating more actively in the Paris region," said a police statement at the weekend.

"I think it's a very good idea, we should maybe have done it sooner," one man said in the popular Rue des Martyrs in central Paris.

"Since we don't understand enough about this illness, the best thing is that we protect ourselves."

The masks are "restrictive" but necessary "if we want to avoid a second wave in Paris," said a woman wearing a bright green mask. "Anything except a second lockdown."