About 17,200 Ghanaians Die Annually Due To Vitamin 'A' Deficiency — Research 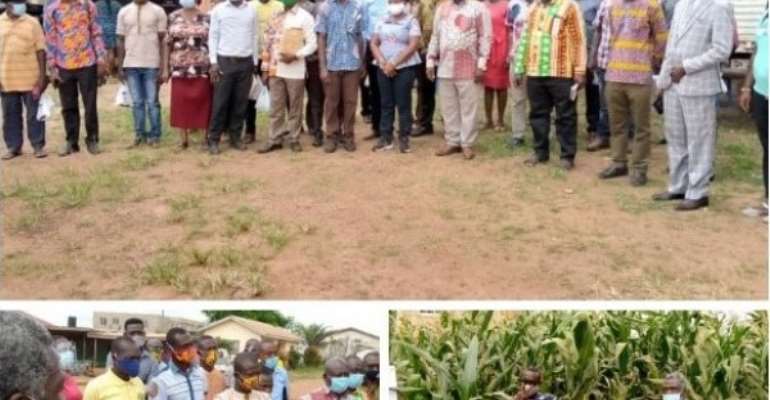 Research has revealed that 72 per cent of children under five in Ghana suffer from vitamin 'A' deficiency and 17,200 people die annually from the disease.

The participants at the workshop included seed growers, seed inspectors, farmers, policy makers and the Ministry of Health staff and were educated on the newly introduced Pro- vitamin 'A' orange maize varieties released by CSIR-CRI.

The objective of the field day and workshop was to promote the use of Pro- vitamin 'A' orange maize to enhance nutrition and health and to scale up seed production to meet the requirements for the government's 'Planting for Food and Jobs'(PFJ) programme.

He said the orange maize varieties were adopted to help solve the growing vitamin 'A' deficiency in Ghana and the high yielding potentials of the varieties between 5- 6 tons per a hectare and suitable for human, poultry and livestock consumption.

Dr Ewool said so far, more farmers had opted for the new maize varieties because of its high yield, disease resistance, tolerant to drought and excellent for food production and industrial use.

He said most farmers were shifting focus to the Pro- Vitamin 'A' orange maize varieties to promote food safety, increase yield and enhance general agriculture practice and good health in the Ashanti Region and beyond.

“We will then be in the position to export to contribute to our foreign exchange earnings”, he added.

He entreated seed growers to embrace the newly introduced maize varieties to improve their standard of living and help meet government's hybrid maize seed requirements for the PFJ programme.

Professor Moses B. Mochiah, the Director of the CSIR-CRI said the institute would continue to locally develop and promote hybrid maize for farmers to help reduce the importation of hybrid maize seed into the country.

He said the country could save about five to eight million dollars from yellow maize grain importation and this could contribute to the government's foreign exchange income, if farmers patronised the newly introduced Pro- vitamin 'A' orange maize varieties developed by the CSIR- CRI and their partners.