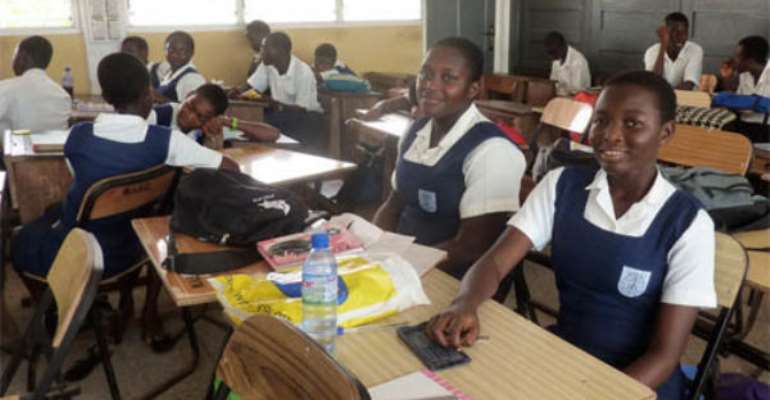 Educational Workers Connect, an education think tank whose ultimate goal is advocating and championing quality education in the country, wishes to add our voice to that of the President asking GES to take a second look at the punishment meted out to those deviant students whose actions we consider reprehensible, repugnant and unacceptable.

It is our considered view that the punishment by GES is not only extremely punitive but also harsh and destructive. This is because, the cardinal principle behind punishment as espoused by many educationists is to REFORM and not to destroy students

If this is true, which we believe it is, then there is no doubt that the punishment of barring the affected students from continuing with their final exams will not reform them but will potentially shatter their academic dreams in life.

The ramifications of this singular act by GES can also have a rippling effect on the friends, relatives, and parents of those students.

According to Marquis de Sade, "Any punishment that does not correct, that can merely rouse rebellion in whoever has to endure it, is a piece of gratuitous infamy which makes those who impose it more guilty in the eyes of humanity, good sense and reason, nay a hundred times more quality than the victim whom the punishment is inflicted" Let it not be misunderstood to mean that we are rationalising or justifying the reckless actions by our students.

We condemn those actions in the strongest terms. We are however of the view that the punishment does not commensurate with the offence as it has the potential of shattering their dreams in life.

We are therefore asking GES to forgive these students and not prevent them from writing the rest of the papers but maintain all other punishments they deem fit and appropriate.

According to Emma Goldman, "Without forgiveness, life is governed by an endless cycle of resentment and retaliation".

Having said all these, we believe that this is a more crucial moment for the Guidance and Counselling Units in those schools to get to work, psychologically stable these students to be able to remain calm and confident to end the exams successfully.

It is also a time for GES to have some more sober reflections over some of their modes of punishments and the level of punishments in issues such as this and many others so as not to come across as being arbitrary and whimsical in the eyes of the public. We want to ask if GES has applied the law of natural justice as enshrined in the 1992 constitution, specifically, Article 19 (1).which states " A person charged with a criminal offence shall be given a fair hearing within a stipulated time ".

We also see it as a golden opportunity to call on our politicians to be mindful of some of their unguided outbursts during their political discourse since they mirror society from where our children pick some of these unfortunate practices. The use of intemperate, indecent, vulgar, and hate speeches by some of the recalcitrant ones must cease forthwith.

It is equally a moment for parents and guardians to once again train their children morally, spiritually, and socially to be upright to avoid some of these wayward tendencies and rather pick up very useful and valuable virtues in life.

We finally, once again end our clarion call on GES to respectfully, but urgently call back these students as directed by the President, counsel them and properly integrate them in their various schools to finish their exams successfully.