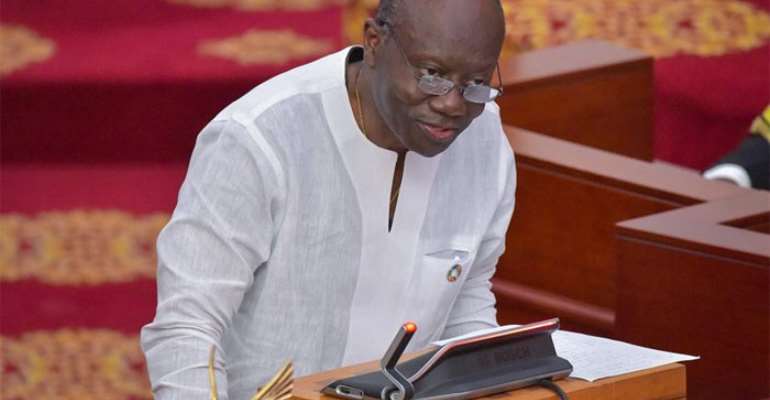 Parliament has endorsed a request for the suspension of the Fiscal Responsibility Rules for the 2020 financial year to allow the Finance Minister to exceed a deficit of five per cent of the country's gross domestic product (GDP).

Section 2 of the Fiscal Responsibility Act, 2018 (Act 982) enjoins the government to annually observe that the overall fiscal balance on cash basis for a particular year does not exceed a deficit of five per cent of the GDP for that year while an annual positive primary balance shall be maintained.

Act 982 also provides in Section 3 (1) that the Minister for Finance may suspend the fiscal rules due to a force majeure or unforeseen economic circumstances or both.

The minister must also present plans for restoring the public finances of the country within a reasonable period after the force majeure or unforeseen economic circumstances have elapsed; and a quarterly breakdown of the revised deficit target for the year as part of the budget presented to Parliament.

During the presentation of the 2020 Mid-Year Budget Review and Supplementary Estimate to Parliament on July 24, 2020, Ken Ofori-Atta informed Parliament that he had suspended the fiscal rules in accordance with Section 3 (1) of the Fiscal Responsibility Act, (Act 982) in light of the Covid-19 pandemic.

Chairman of the Finance Committee, Dr. Mark Assibey Yeboah, said members of the committee observed that the Covid-19 pandemic had affected virtually all countries globally and every aspect of the Ghanaian economy.

“The slowdown in economic activities has led to a drastic downward revision in the growth of real GDP from 6.8% to 0.9 per cent, an estimated revenue shortfall representing 3.5% of GDP,” Dr. Assibey noted.

He said the committee was informed that given the impact of the pandemic, it was clear to the Minister of Finance that the fiscal rules of a deficit not exceeding five per cent of GDP and a positive primary balance as enshrined in the Fiscal Responsibility Act were neither feasible nor attainable.