Red alert in 15 French departments: The heat is on, storms a-comin' 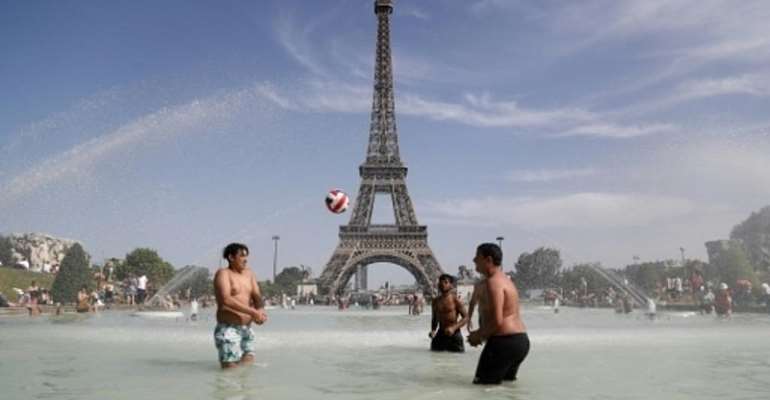 Météo France, the national weather forecaster, has warned that recent high temperatures are likely to continue into Tuesday, with stormy conditions to follow from the west.

France has been in the fryer since late last week, with the gradual extension of warnings about the danger to life posed by the latest heatwave.

On Monday morning, Météo France considered 15 north-western departments as under red alert, the most serious level, posing a risk to the survival of fragile individuals. A further 54 departments are listed as under orange alert, with 20 others rated yellow.

Only five mainland departments on the southern Mediterranean coast, and the island of Corsica have managed to escape the current surge in temperatures.

This is only the third time that Météo France has seen the need to issue a red alert warning of sustained high temperatures. The two previous occasions were during the summer of 2019.

Apart from the elevated daytime temperatures, the nights have also been extremely hot.

Sunday daytime maxima ranged from 38°C in Toulouse to 37.1°C in the northern city of Lille. Overnight, temperatures remained in the range between 20 and 25°C, with local storms failing to bring any durable respite.

Météo France has warned that the heatwave, with the inevitable increase in the levels of air pollution, will further complicate a public health situation already struggling to cope with the ravages of the Covid-19 epidemic.

The forecaster has warned that the current heatwave is likely to rank among the five most severe such episodes in recent decades.

Some MMDCEs will be approved in December because of controve...
56 minutes ago