IMANI Alert: EC Back To Square One But Ghana Should Move Forward 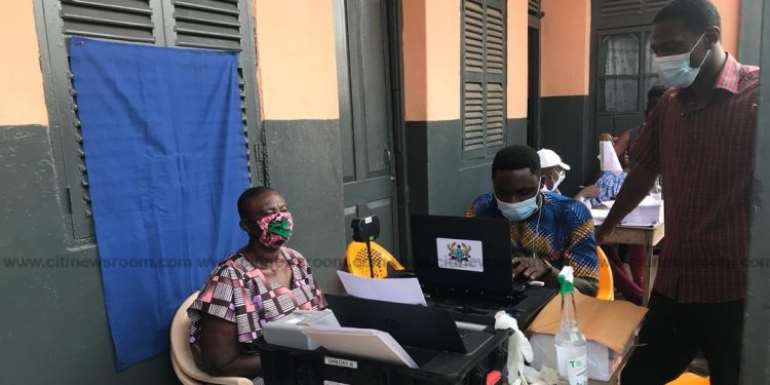 On Friday, August 7, the Electoral Commission of Ghana called a press conference to pat itself on the back for completing the latest in the long line of registration exercises conducted in this country.

As if mesmerised by its own achievement, the EC lunged into a series of misguided statistical commentary about the numbers it recorded, in obvious response to critics who argue that the millions of dollars spent on this needless mass registration exercise have mostly been effectively wasted.

Yet, evidence that the EC has wasted more than $185 million of the country's money (over $70 million for new hardware, software and datacenters to Thales and others; over $60 million of near- brand new equipment discarded; and at least $65 million for goods and services) for no clear gain whatsoever is firm and solid. As we have persistently argued, at most $35 million would have been required had the EC listened to sound counsel and used the existing infrastructure. The implied loss to the state of persisting in its course thus amounts to over $150 million.

Electoral Commission Spending on the Registration

The EC made two main claims to justify the need to spend all these millions that this COVID-hit, struggling, country can ill afford: that its equipment is obsolete (in its media campaign) and that the existing register is somehow not credible due to the presence of ineligible names (in the case it presented to the Supreme Court).

The first claim was thoroughly debunked by IMANI in several reports citing parliamentary records and auditor-general reports (the reader may review the evidence on the IMANI website: https://imaniafrica.org/2020/02/24/imani-the- dangerous-games-of-the-electoral-commission/ ).

The second claim was repeated in the EC's August 7th press briefing. Clinging to straws, the commission sought to give a modicum of respectability to the dangerous idea of “malicious bloating”, a wholly unsubstantiated view that somehow the register has been stashed with ineligible voters, especially foreigners, in a manner designed to benefit some specific political parties.

In this statement, IMANI will go over the claims and the evidence step by step to kill this pernicious idea once and for all and to establish firmly and clearly that absolutely NOTHING has been achieved by the wasteful decision to compile a new register. A dangerous precedent has been set and any future EC can use any reason to embark on a new mass re-registration exercise. The courts having vacated their responsibility to insist on administrative rationality would not be able to help either.

The Flawed Statistical Arguments of the EC

a. There are 797,493 individuals on the disqualification lists (multiples/duplicates and exempted) of the 2019 Voters Roll. These people would have had to be added to the Voters Roll had a limited registration exercise been conducted.

b. Had a limited registration exercise been conducted in 2020, instead of the full re-registration, two million first-time voters would have registered.

c.The total number of persons on the register would have totalled 19.6 million, a full three million more than what has been captured in the 2020 Voters Roll.

All three strands of the argument are completely ridiculous.

Therefore, it is practically impossible to separate the roughly 798,000 individuals from the 16,845,420 on the 2019 Voters Roll and then go on to claim that these people would have been automatically added to the register had a limited registration exercise been carried out this year. Why then are these mysterious people not being added to the 2020 provisional register just compiled? It is extremely strange that a constitutional body will publicly make such dubious arguments.

The ruling party's only basis for supporting the mass re-registration was because of the NPP's long-held belief that through that process they could eliminate large numbers of ineligibles, especially foreigners, maliciously smuggled onto the register to distort electoral outcomes. Senior members of the party expressed an expectation to see about 14 million total registered voters by the end of the exercise, whilst the EC first set a target of 13 million, which it then revised to 15 million. One leading strategist cited the case of Ketu South's 140,000 registered voters, for example. Our view is that these fears were cynically exploited by the Electoral Commission to pursue a “procurement-focused” objective which had little to do with “cleaning up the register”. All the data does indeed point to such fears about malicious bloating being unfounded.

So where does this leave the country? First and foremost, the country should reject the triumphalism of the EC, and deny it the approbation it is so desperately seeking. Throwing $150 million at a non-existent problem and ending up at the same place you started from is no achievement.

In a desperate bid to prove to critics that it could compress the registration into 36 days instead of the more than 40 days warranted, it recklessly refused to enforce the social distancing and continuous sanitisation of scanners it had promised (see this video: https://youtu.be/fChfLAi7r6g); mobilised the old BVRs it had cynically claimed were obsolete, then promptly and shamelessly denied using any HP equipment when we had clear video evidence that they did (see here: https://youtu.be/5XIz4_e5MQ0); and disgracefully rigged the guarantor system by condoning the use of pre-filled guarantee forms, whilst blatantly turning a blind eye to collusion among electoral officers and party agents (see here: https://imaniafrica.org/2020/08/07/electoral-commission-of-ghana-ec-registration-recordings/)

This is a totally discredited Electoral Commission that needs to embark on serious soul-searching.

The rest of the country should not feel secure about the electoral process until the following has been done:

For the sake of our democracy, we hope this country shall take these matters seriously.