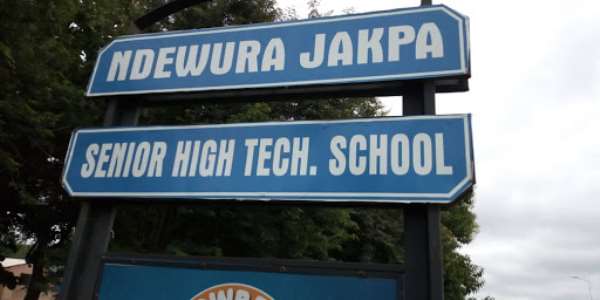 Students of the Ndewura Jakpa Senior High Technical School in the West Gonja Municipal Assembly of the Savannah Region who participated in the destruction of school properties during a riot are to pay for the damages caused.

In the process, some students damaged the new six-unit school block which was built to help end the double-track system for the school.

The West Gonja Municipal Chief Executive, Saeed Muhazu Gibril said the rampaging students will be duly punished after an internal investigation is completed.

He also added that the students found culpable will be made known to the Ghana Education Service for further action to be taken against them.

“Those who are going to be found culpable for their involvement in the demonstration and destruction of government property are going to be surcharged. Apart from that, when we finish our investigation, we will forward the names to the GES headquarters for further action to be taken against these students. We are not mincing words on this because the extent of damage they did to school property, you cannot ask the central government to come and do the renovation,” he said.

Parts of the ceiling of a new six-unit classroom block that was handed over to the school to end double-track system were also removed.

It took the intervention of the police to stop the students from causing further destruction in the school.