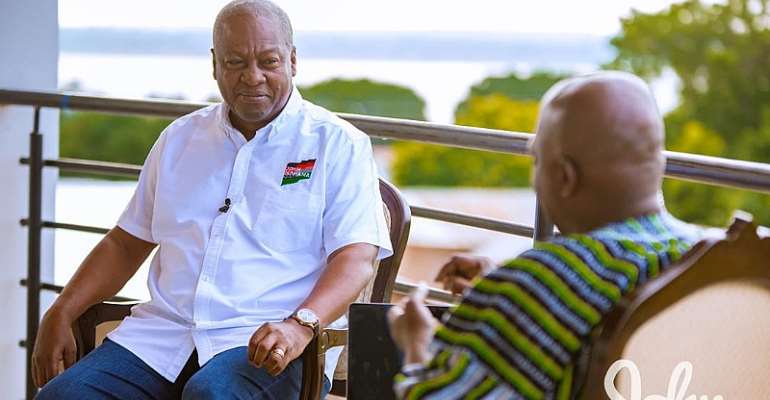 Former President John Dramani Mahama and flagbearer of the National Democratic Congress (NDC), has announced a $10 billion accelerated infrastructural plan, dubbed the Big Push, which he says will drive jobs and entrepreneurial agenda when elected in December 2020.

“We are looking at what I call the Big Push, injecting some $10 billion to dualise our roads, complete the remainder of the 200 Community Day Senior High Schools, finish all the hospital projects that have been left abandoned, and construct bridges to open up the country”, says Mr. Mahama.

Speaking in an interview on TV XYZ, the NDC flagbearer said the major plank of his second coming as President “is to deliver jobs to our young people.”

According to the former President, “it [Big Push] will involve the construction industry, engineering, and other professionals, and will bring a lot of artisans and everybody back into work.”

Mr. Mahama who has been visiting and meeting traditional rulers and various interest groups in Savannah, Northern, Oti and Volta Regions, also announced that delivering jobs to the young people of Ghana will be a major plank of his next government.

“If we do not do this urgently, we have a time bomb ticking away. Everything, every policy, and every policy will be focused on creating jobs for young people”.

The NDC Flagbearer says his Agenda One Million Jobs will see the creation of between 300,000 and 400,000 jobs a year, in both the private and public sectors.

“It is a very well-thought-out plan and will be the central promise of our manifesto”, he added.